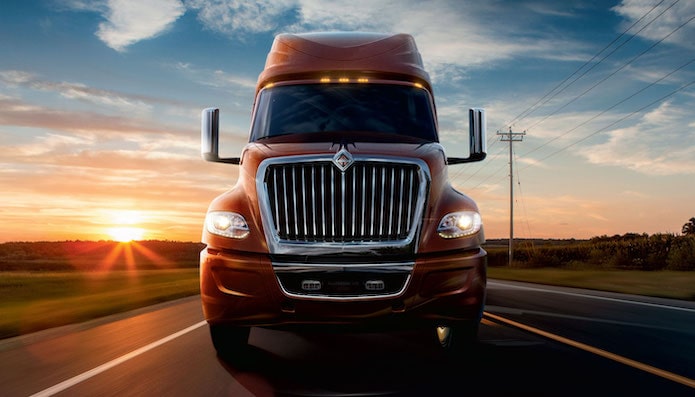 Navistar filed notice earlier this month with the National Highway Traffic Safety Administration (NHTSA) concerning a defective or noncompliant component on its A26 engine, which could result in complete engine failure in nearly 4,500 affected trucks in the United States.

Navistar has pledged to outright replace any engines that exhibit the signs of the potential defect, which the company estimates will number about 600 units.

The 12-liter A26 engine was introduced three years ago and marked a new beginning for the truck maker as it put to pasture its 13-liter N Series. In the years since, nearly 23,500 A26 engines have been built in Huntsville, Ala.

Navistar Vice President of Service Mark Reiter says the company began to see premature failures with the engine late last year and found the root cause to be related to supplier quality in a rod that connects the piston to crankshaft. The investigation was prompted in September 2019 by a carrier who suffered five A26 engine failures over a two month period.

The wrist pin bore of the connecting rod on affected engines was machined outside the design tolerance for straightness. Reiter says the company already was in the process of changing connecting rod suppliers before the reported failures started and transitioned that work to a new company last year.

There have not been any injures reported as a result of the defect. Reiter says in an effort to learn more about the defective part prior to engine failure, the company worked with its customers via the International Truck dealer network to determine what symptoms drivers were experiencing as breakdowns occurred.

Some drivers said the engine began to knock. Others reported the truck showed visible signs of distress, including rough idle. Most were able to limp to a dealer while others needed a tow after pulling the truck off the road. Three drivers reported sudden failure that left them stalled in traffic.

“We were really concerned about what the driver would experience when the connecting rod failed in an engine,” Reiter says. “When we get cases where something happens and you get stalled in traffic, we really wanted to protect the drivers so we declared the safety defect.”

Navistar is in the process of notifying affected carriers but Reiter says part of the fix will be providing advance notice to the driver of when a failure is about to occur via the truck’s instrument cluster. With an expected failure rate of only about 13 percent across the 4,499 potentially affected trucks — about 600 units — Reiter says a sweeping fix would “create a lot of unnecessary down time.”

“The supplier had two machines [producing connecting rods],” he says. “One made them fine. One produced rods that floated in and out of spec.”

Navistar’s proposed remedy is two-fold given that 87 percent of affected units are unlikely to suffer connecting rod failure.

Phase one includes the installation of knock detection capability that relies on the data feed coming from existing sensors on the engine. When the system deems a connecting rod failure is imminent, it will trigger a red “stop vehicle now” light on the instrument cluster, which should allow the driver to get safely to a dealer before the truck loses power. If the truck is equipped with Navistar’s OnCommand Connection platform, the pending failure will report through there as well, notifying both the fleet and the Navistar network.

“We’re in the process of finalizing the development and validation of a solution. Our primary path forward would be to install a new ECM calibration on the engine,” Reiter says. “This could be accomplished at a dealer location, via mobile maintenance with a service tool, at a fleet terminal location or even over-the-air for vehicles that have that capability. The solution of flashing the engine would provide drivers with a notification allowing them to seek a safe location before the engine could fail.”

Phase two would be the actual engine replacement. Reiter says once a truck has been diagnosed with a connecting rod failure, Navistar will replace the engine with a new one equipped with a connecting rod from Navistar’s current supplier — a process Reiter expects to take five days or less. Given the complexity of the engine’s internal parts, he says it was best for all parties to outfit the truck with a new engine rather than try to repair the damaged one.

“The less you can disturb the inside of the engine, the better off you are,” he says.

Engines found with a suspect connecting rod will be repaired under warranty. Letters will be sent to affected carriers within 60 days but Reiter says the company is already talking with customers.

The previous vendor is no longer supplying any components for the A26 and Reiter doesn’t foresee any further issues tied to supplier quality.

“This engine is performing really well,” he says. “This is an isolated incident. In terms of a component that’s leading to a high failure rate, this is the one. Changing the vendor really solved this problem.”