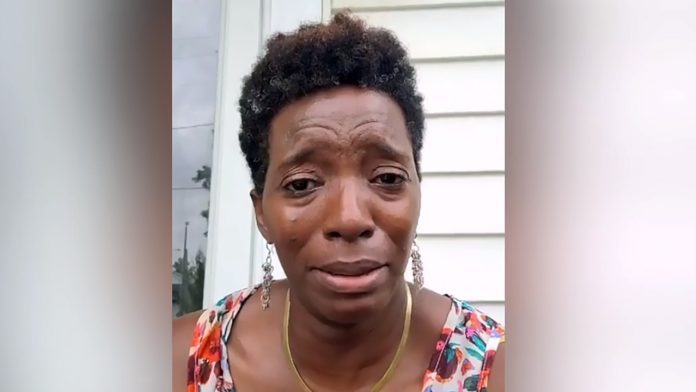 Sandrea Warren, 52, was charged with two counts of assault with a deadly weapon with intent to kill for the incident that occurred around 4 p.m. Friday, said Lt. Daniel Sisk.

At this point, “there is no evidence that this had anything to do with the race of the two juveniles,” Sisk said.

An arrest warrant, obtained from the Alamance County District Court clerk, stated the charges and described a pickup truck as the weapon.

Warren was released from jail on a $200,000 bail bond on Saturday, according to Byron Tucker, a spokesperson for the Alamance County Sheriff’s Office.

Faith Cook, the mother of one of the girls, said she believes the girls were targeted because they’re Black.

Cook’s daughter, Aishah Huru, and her friend Gianna Corpezano had walked to a nearby convenience store, Cook said in a video shared on Facebook and in an interview with The News & Observer. The girls and their mothers were also interviewed on FOX8.

When Cook’s phone rang that afternoon, she thought her daughter was calling to ask if she wanted anything from the store.

Instead, Aishah said a lady had tried to hit them with her truck, the mother said.

“I was like, ‘What, wait, slowdown, what are you talking about?’ ” Cook said.

Then a police officer got on the phone, she said.

Aishah told her mother that the girls had left the store and were walking, laughing and talking on FaceTime. A woman in a gray truck stopped and asked them what they had said to her, Cook said.

They told the woman they weren’t talking to her, Cook said.

The girls turned around and walked in the other direction, Cook said, but Aishah realized she had dropped her Slim Jim. She turned around and saw the truck driver had made U-turn and was heading toward them, the mother said.

They started running, Cook said, and cut through a parking lot.

“And the truck jumped the curb through a parking lot,” Cook said.

Cook said vans in the parking lot prevented the driver from being able to reach the girls without having to stop and back up.

Cook said the officer told her that she saw the girls moving toward her direction and she saw the truck jump the curb into the parking lot.

The officer, who didn’t see the initial interaction between the girls and the woman, told Cook she decided to stay with the girls, instead of following the woman, to make sure they were all right and to call their parents, Cook said.

The arrest warrant indicates Warren was arrested the next day.

Warren hung up when The N&O contacted her Tuesday. The newspaper left a message with her attorney John Cox in Graham.

Cook said she is hurt, angry and scared now to let her daughter go outside.

“I am shocked that an adult, no matter the situation, would go to that extreme,” she said.

Cook said the situation made her think of Trayvon Martin, who was fatally shot by George Zimmerman while walking home from a Florida convenience store.

“The boy went to the store for a snack and didn’t make it home,” she said in the video. ”Luckily my daughter made it home. … But what if they didn’t.”

Talking in general terms and not specifically about this case, Boone said if evidence shows a criminal offense is based on race, religion or other protected classes, defendants can face more severe charges, additional charges and longer prison sentences.

Listen to our daily briefing:

The Silent Wife by Karin Slaughter: part one – The Times