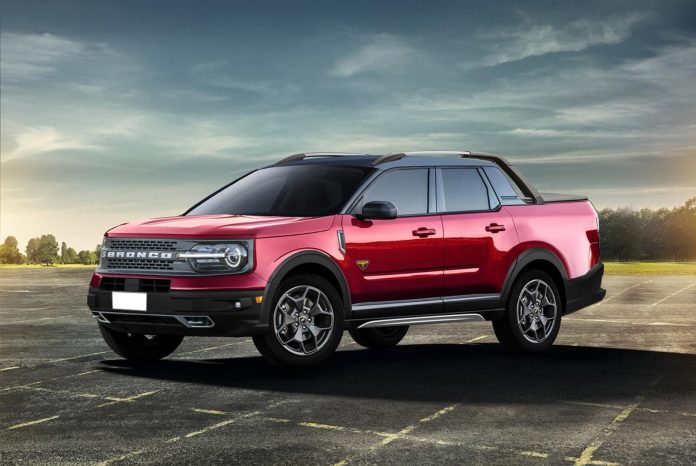 Here, we have a Ford Bronco Sport that has been digitally modified into a beautiful-looking pickup truck

The Ford Bronco line-up was recently unveiled to extreme fanfare and an overwhelming response by the buyers. In fact, Ford has received so many orders for the Bronco that the company has temporarily stopped accepting any more bookings. It would be an understatement to say that the Bronco was highly anticipated by the fans.

As usually happens with popular vehicles, digital artists have been busy with the Broncos. Here, we have one such example of digital customisation, created by Kleber Silva of Behance fame. The rendered images show a Ford Bronco Sport, which has been digitally modified into a sporty-looking pickup truck.

The design of the Bronco Sport Pickup has been kept as close to stock as possible. The front end hasn’t been altered at all, and features the same headlamp design with projector lights and LED DRLs. The front grille has bold ‘BRONCO’ lettering in chrome, which gives the vehicle a macho appeal. As for the side profile, the SUV remains unchanged up to the B-pillar, but after that, we see a lot of major changes. 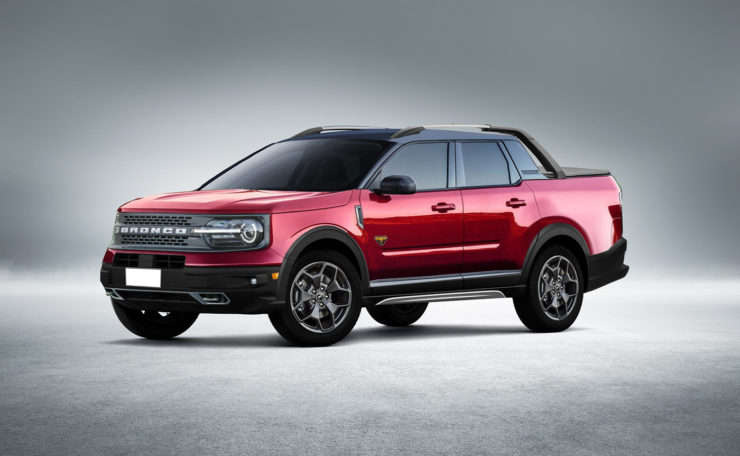 The rear doors have been shortened and the D-pillar has been deleted, along with a rear portion of the roof. The roof rails have cleverly been extended to form bed-bars, which is a brilliant touch. The rear overhang has been extended, to provide decent space in the truck’s bed. The taillights aren’t visible, but we’ll just assume that they’re the same as the regular Bronco Sport.

Due to the extended rear section, the length has been increased, but there have been no changes to the width, height, and wheelbase of the Bronco Sport. Even with the extended length, the Bronco wouldn’t be too big of a vehicle. In fact, the regular Ford Bronco Sport is less than 4.4 metres long, which technically makes it a Hyundai Creta and Kia Seltos rival! 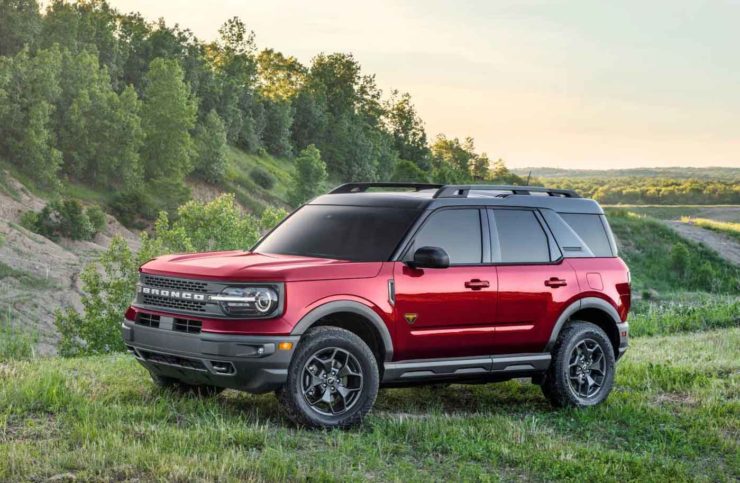 There are two powerplant options available on the Ford Bronco Sport – a 1.5-litre, inline-3, turbo-petrol motor and a 2.0-litre, inline-4, turbo-petrol unit. The former can generate 181 PS and 257 Nm, while the latter is good for 245 PS and 372 Nm. At the moment, there is only an 8-speed automatic on offer, but a 6-speed manual might get added to the range later.