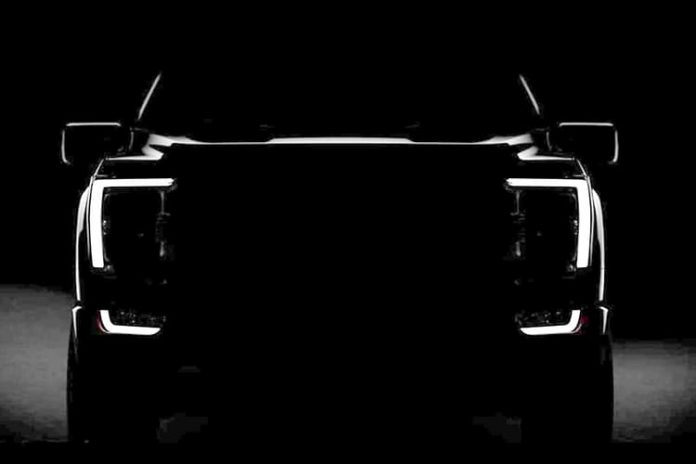 Traditionally a left-hand drive vehicle sold chiefly in the Americas, the new Ford F-150 is a chance to become a global model for the first time and, like the latest Ford Mustang muscle-car, sold in Australia via Ford dealerships.

We’ll know for sure on June 26 when Ford reveals the next F-150, but given Ford Australia is still yet to rule out its local arrival – something it did very swiftly with the born-again Bronco – it leaves the door well and truly open.

“We have no news on F-Series being made available in Australia, however, we are proud that Ranger and F-Series share the same customer driven goals that see them resonate broadly,” said Damion Smy, Ford Australia’s product communications manager.

“The Ford F-Series is a global icon as one of the world’s best-selling vehicles, and Australian-led engineering and design that goes into the Ranger sees it sit with F-Series in North America’s line-up,” he added, neither confirming nor denying an Aussie export program for the new F-150.

Either way, the new Ford F-Series range will become available in Australia as independent conversion companies respond to buyer demand.

Several other US pick-ups are converted to right-hand drive and sold in Australia through official channels, such as the RAM 1500 and Chevrolet Silverado 1500.

The next Toyota Tundra is also under study for Australia, as is the Nissan Titan.

Indeed, a new EV battleground has opened up in the full-size US pick-up truck segment, with several battery-powered utes such as the Tesla Cybertruck, Rivian R1T and Nikola Badger generating a huge buzz among customers and investors.

Nikola Motors founder Trevor Milton fired another shot in the war when he recently stated: “My goal is to take the throne from the Ford F-150, that is my goal.”

Tesla founder Elon Musk also took a swipe at the way traditional US pick-up are designed, labelling them  boring, and intentionally created an offbeat look for his Cybertruck.

But Ford’s chief operating officer, Jim Farley, last week declared the first Ford F-150 EV will deliver something none of its rivals can – trust.

“There’s a lot of attention to electrification and new companies, but Ford in the next 24 months will launch an all-electric F-150 and an all-electric Transit van … This is our chance. We’re electrifying and we’re a brand that people trust,” stated Farley.

Indeed, the Ford F-150 EV will likely blow its rivals out of the water in sales terms simply because of the heritage, following and retail footprint of the Blue Oval brand.

Details on the how much power and torque the new electric F-150 will generate, how many motors it will have and what sort of loads it can tow and carry are still unknown, but Ford did show a prototype F-150 EV pulling a 450-tonne train.

The Ford F-150 EV will adopt a new ladder chassis and fresh design cues, including a raised bonnet and a grille inspired by the Aussie-designed Ranger ute.

The interior of Ford’s top-selling US model will also get a massive upgrade with the expected adoption of Ford’s all-new SYNC4 infotainment system, the centerpiece of which will be a large central touch-screen display.

Expect more semi-autonomous driver aids for the 2021 Ford F-150 as it defends its position as North America’s best-selling ute. Apart from its first EV powertrain, there will be a range of drivetrains on offer, from regular V6 and V8 petrol engines to hybrid and plug-in hybrid powertrains.

Stay tuned for the full reveal next week.

2021 Jeep Gladiator EcoDiesel Gets Up To 28 MPG Highway

GM’s mask operation: a glimpse into the factory of the coronavirus...