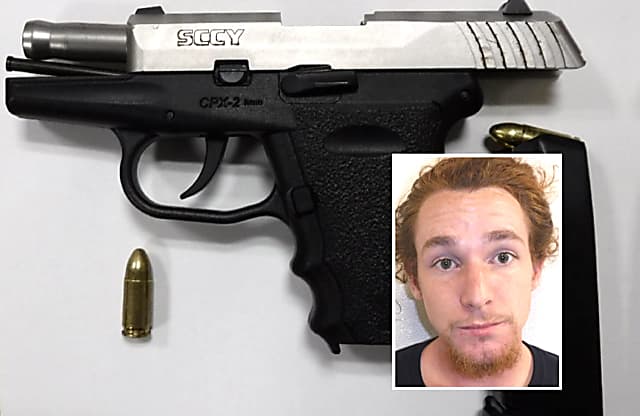 An “agitated” driver from Virginia had a loaded gun in the cab of his pickup truck when New Milford police pulled him over before dawn Friday, authorities said.

Officer Andrew Lignos and Sgt. Bryan Mone backed him up.

The driver, 24-year-old Michael Colvin of Portsmouth, VA, immediately “became agitated and confrontational with the officers on the stop,” Van Saders said.

Colvin at first refused to get out of the vehicle but then complied, the lieutenant said.

On the driver’s side of the truck police found a 9mm SCCY handgun loaded with eight rounds, he said.

Colvin remained held Friday in the Bergen County Jail pending a first appearance in Central Judicial Processing Court on weapons charges, as well as for having a high-capacity magazine.

Man hospitalized, in serious condition after he was shot near his...