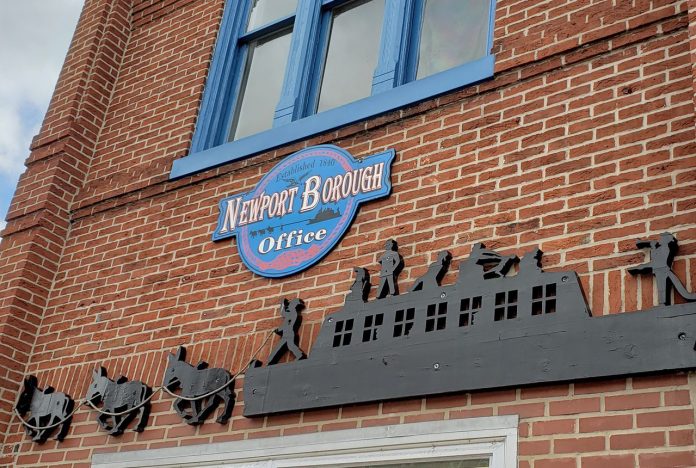 Some lapses in communication has put Newport Borough behind the proverbial “8 ball” when it comes to completing the Community Rating System (CRS) for the National Flood Insurance Program.

Council President Tami Halstead said the borough last completed the process in 2013 —which is supposed to be redone every five years — but failed to due so by the 2018 deadline. She said a breakdown of inter-office communications and a change to the borough’s email address prevented a timely handling of the matter.

Newport has been given a July 13 deadline to complete the report and Halstead said she has spent countless hours reviewing the requirements and gathering required data.

Halstead believes the borough might be able to lower its risk factor rating from the current 8 to a 6, which would benefit property owners who had flood insurance policies. Factors which should help achieve that goal include removal of the Nordic Gear facility and other flood plain structures, a larger portion of the sewer project achieving separation, and the new sewer plant being elevated to the 500-year floodplain.

While the river is the obvious threat, the borough also is addressing flooding and drainage issues which have arose on the upper end of town.

Kirby Kitner Excavating is installing inlets and laying storm pipes to redirect storm runoff on the upper portions of Fickes Lane, Ridge and Caroline streets. Council approved payment of a $2,890 bill for work completed, and estimated another $7,000 to $8,500 of work was necessary.

Farther down the Caroline Street Run, the borough received permission from Norfolk Southern to clear debris where the stream parallels their siding.

Much of the rest of meeting was spent on how the ongoing COVID-19 restrictions would affect community events.

The previously postponed spring cleanup was rescheduled for June 13. Borough residents can drop-off between 8 a.m. and noon. Mayor Mary Hetrick reported she has been getting many requests for dumpsters and speculated many are using their forced time off for clean-up purposes.

The borough office will remain closed to visitors until further notice. Residents with concerns can reach the office by phone or email.

Restrooms at the park will remain closed as the borough does not have the manpower to complete the frequent sanitizing required under CDC guidelines.

The borough will start enforcing two-hour parking restrictions again in the business district. Enforcement had been halted, but with many businesses opening again, it will resume.

The food truck festival originally slated for July 11 will be pushed back. The baseball tournament scheduled for the same day has been scratched. The Perry County Fair also has been canceled.

Outdoor movies in the park still could occur in July or August. Gwyn Smith said a deposit for the equipment already was made.

Smith also addressed council on concerns she had over noise and fireworks. She said someone is running a gas-powered remote control car near Mulberry Street for hours at a time, but it might not be covered under the borough’s noise ordinance. She also had a concern about people setting off fireworks near structures.

Halstead said if the borough adopts an ordinance on fireworks, it should mirror state law so it could be enforced by either the borough or state police.

Souping up the Trans-Canada highway with ultra-fast EV chargers