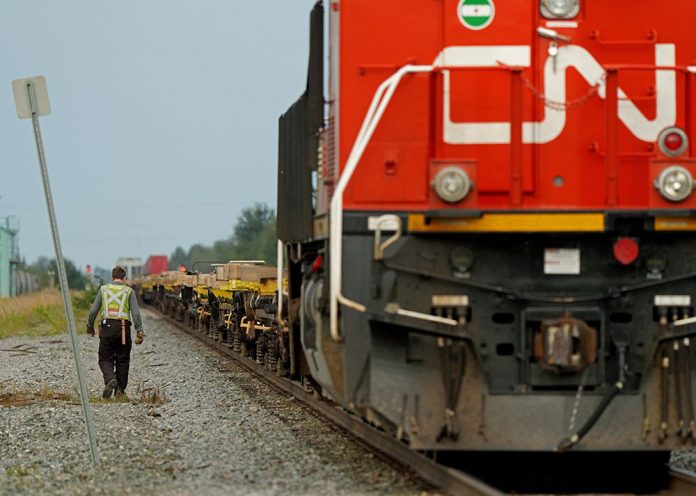 Two CN railway workers suffered critical injuries when a pickup truck hit them as they worked at a Parkland County railway crossing on Highway 60 Friday night.

CN crews were attempting to repair damage to the track caused by a derailed train when the pickup truck, heading north on Highway 60 from Highway 16A, struck the two workers about 11:30 p.m. Friday, said RCMP in a Saturday release.

“Two ground ambulances transported the two crew members to hospital. Both crew members have sustained serious injuries. Next of kin have been notified,” said RCMP Cpl. Teri-Ann Baker in the release.

The driver of the truck stayed at the scene and sustained no injuries, said police.

In an emailed statement, CN Rail spokesperson Mathieu Gaudreault said the workers were struck after responding to a single rail car that had derailed upright. There were no dangerous goods on the rail car.

“CN would like to express its support to its employees and their families during these difficult times,” Gaudreault said. “CN would also like to thank the first responders present at the scene.”

Highway 60, between Highway 16 and 16A, was shut down as police investigated.

An RCMP collision analyst was on scene early Saturday but the roads were open again by 9 a.m.