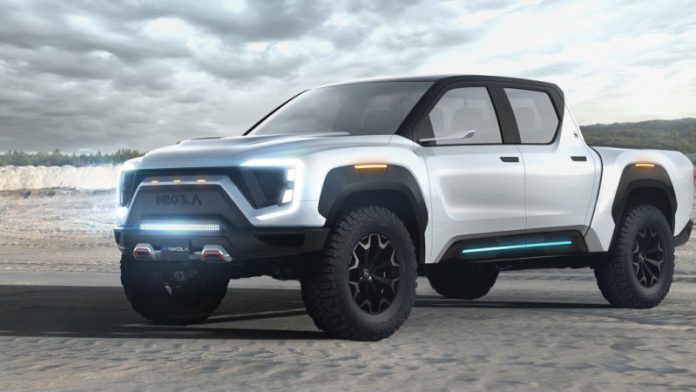 Nikola Motors founder Trevor Milton has sweetened the pot in advance of Nikola opening pre-orders for the Badger electric pickup truck. Milton tweeted information on three deposit packages at three price levels, each one of them guaranteeing entry into a raffle to win a Badger.

A $250 deposit gets two tickets into the raffle. Also, $250 will be knocked off the final price of the chosen Badger, and you’ll get one ticket to the Nikola World 2020 event, which is still waiting on a new date.

The $1,000 pre-order package doubles the raffle ticket count to four, quadruples the discount to $1,000 off the Badger’s price, and earns two tickets to Nikola World.

The top package requires a $5,000 deposit, which rewards depositors with 25 raffle tickets, a $2,500 discount off MSRP, and two VIP tickets to Nikola World with a meet-and-greet component, although it’s not clear who guests will get to schmooze with.

Update: 1- Giving away one of the Executive Series #nikolabadger at #nikolaworld2020 2- Here’s the options that will be available to reserve the Badger and enter to win. Badger reservations open on June 29th. Most likely it’ll be sold out so be ready and gets yours reserved. pic.twitter.com/AnIByQmxBK

The tweet calls the truck Nikola’s giving away an “Executive truck series − Founder.” We’ve reached out to Nikola to find out what that means, whether there will be a run of Founder’s Series trucks, and how the winning truck will be optioned. We’ll update the post if we get a response.

Badger pre-orders open on June 29, and it seems the closer we get to the idea of a real Nikola product in the U.S., the more flack Nikola faces. If reportage in Bloomberg and Forbes about Milton’s history is true, the critics won’t faze the tech company’s founder, whose message to the disbelievers is, “Come back in 12 months and watch how it’s done. I’m an innovator, I’ll let the haters hate. I’m here to create, I’m not here to destroy.”

Cyclist, 23, hit, killed by truck on highway in Maple Ridge

Moment a ute speeds on the outside of traffic on a...