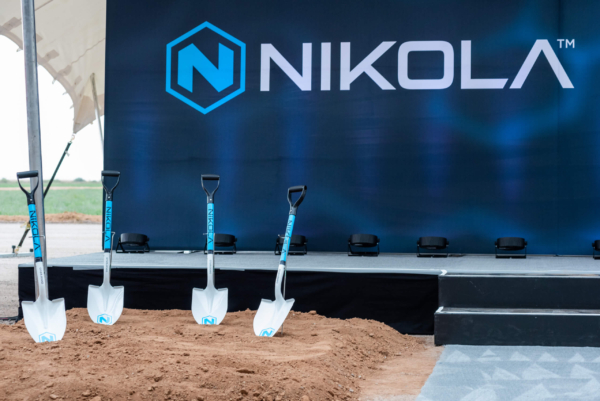 So far in its three-part series, H2 View has discussed the founding story of Nikola Motor and explored some of the company’s key partnerships it has developed throughout its whirlwind start of a zero-emission journey.

Today, in the third and final instalment of the series, H2 View will discuss the company’s innovations that are soon set to hit the market, its recently announced updates and ambitious plans for the future.

With its development of four hydrogen, fuel cell truck models, the Nikola One, Nikola Two, Nikola Tre and Nikola Badger, the company has reported promising numbers and interest once production begins, stating it has more than $10bn in pre-order reservations for its vehicles.

Both boasting the same specs and available to the North American market, the Nikola One and Two trucks were Nikola’s first hydrogen fuel cell electric, Class 8 40-tonne semi-trucks, the Nikola One being a sleeper semi-truck and the Nikola Two being a day cab semi-truck.

The Nikola Tre is the company’s battery-electric and hydrogen fuel cell electric cabover semi-truck, based on the Iveco S-Way production chassis. The Tre will be made available in both the European and North American markets.

The Nikola Badger is its battery-electric and hydrogen fuel cell electric pickup truck, which recently opened for pre-orders, will be made in collaboration with a yet-to-be announced established automaker.

Nikola has arguably some of the most talked about hydrogen truck innovations of the moment, and the support and spotlight around those projects still continues to grow daily, but it’s not just the stand-alone trucks that have engaged such interest. In order to encourage sales or leases, Nikola has also committed to supplying a Total Cost of Ownership (TCO) or bundled lease to its customers.

More than just a truck

Through the bundled lease, Nikola has said it will provide customers with the fuel cell commercial truck itself, the maintenance of the vehicle, and the hydrogen fuel that the customers will need to power the vehicles – something the company said it can do at a competitive price compared to diesel (less than a dollar per mile). They will be charged by the mile of usage which gives a steady cost to the lessee than the sometimes wildly fluctuating costs of diesel.

Speaking at a virtual hydrogen event, Nikola’s CEO Mark Russell said, “The customers are easily sold on this. If we’re converting them from diesel to zero emission and at the same total ownership cost, sold. It’s an easy sale.”

As discussed in part two of the three-part series, Nikola has partnered with Nel to deliver the hydrogen refuelling stations and has plans in place to have 700 fuelling stations operational across North America, with a roll out starting in 2023.

Nikola’s planned hydrogen refuelling network will play a key role in its bundled lease deals and the truck will allow customers to achieve a range of 600+ miles, depending on driving conditions, and a 15-20-minute refuel time.

Each of Nikola’s state-of-the-art hydrogen refuelling stations will support at a minimum 8,000kgs (8tonnes) of hydrogen production per day, scalable to 32tonnes/ day, something that it is working very closely with NEL to achieve.

Refuelling stations will be no new matter for the company, however. Nikola already has a large capacity development station which is operational on the Western Hemisphere at its headquarters in Phoenix, Arizona

The hydrogen refuelling station has the capability to dispense one tonne of fuel capacity per day, but since each truck has 60-80kg of hydrogen onboard, a larger capacity station is needed, hence the need to build an eight tonne a day capacity station in Phoenix and California, which will be the largest in the world once established.

Discussing the company’s refuelling station goals, Russell commented, “These stations will cost us about $16-17m a piece and they will take clean electricity on site, make the hydrogen onsite, store it and buffer it during the 24-hour cycle on site and then dispense it to the vehicle in a fast fuelling method.”

Nikola has already ordered the electrolyzers for the first five 8 tonne a day hydrogen stations equalling 40 tonne a day capacity, more than any other project known to date.

Explaining how the company will technically execute its plans, at Nikola World, Jesse Schneider, Executive Vice-President  of Hydrogen & Fuel Cell Technologies said, “Each standard 8 tonne a day station will  produce, store and dispense hydrogen to 150-200 trucks and store up to 10 tonnes of hydrogen, enough buffer for 1 ¼ days of fueling.”

“This additional storage is beneficial to have backup hydrogen, but also to couple with renewables with intermittent power, supplemented by green grid power. Nikola along with industry partners is testing new fueling hardware that will deliver gaseous hydrogen at the same speed as diesel, delivering a full tank up to 80kg at 70MPa in 15-20 minutes.”

“With hydrogen stations equipped with fast fueling, 240kW fuel cell power and range of 600 miles in the Nikola Class 8 truck, you are talking about a game-changer, effectively replacing Diesel with green hydrogen, taking the truck out of the carbon equation.“

It’s a holistic vision that many believe will ultimately be key to the widespread adoption of hydrogen fuel cell vehicles, with haulage and fleet operators as the proving ground. All stakeholders in clean mobility will be watching closely and, if Nikola and its partners can continue to make such rapid progress in their freight expectations, then we will be one big step closer to a hydrogen-fuelled future.