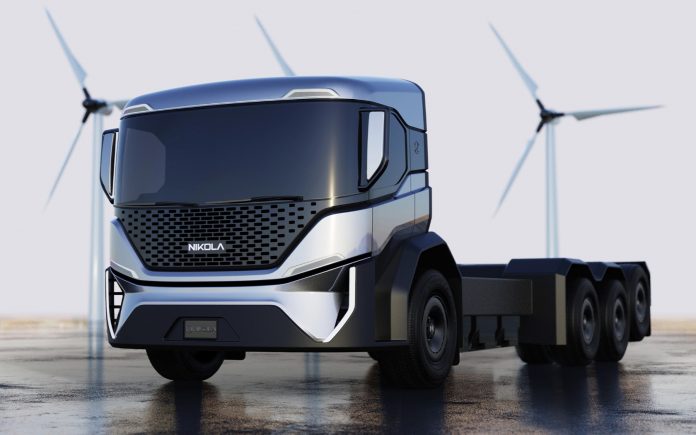 Nikola may not have built a single customer Badger pickup yet, but that hasn’t stopped the Tesla rival from inking a deal to provide electric garbage trucks. The deal will see Nikola build at least 2,500 electrified trucks that Republic Services plans to use for a quieter, greener trash collection.

While the Nikola Badger pickup may have gathered the lion’s share of attention in recent months, trucks and haulage in general has been the automaker startup’s initial area of attention. It’s focusing both on pure-electric and hydrogen fuel cells for possible powertrains, with one or both systems providing for longer range and urban-friendly zero emissions.

For Republic, the goal is to design a truck chassis and body that can carry up to 720 kWh of energy storage. It’ll use the existing Nikola Tre platform, a hydrogen-electric truck that the company designed to suit European markets. The garbage truck will be limited to 1,000 horsepower, though still should out-perform the current diesel and natural gas versions, Nikola says.

“The new platform can give refuse trucks nearly three-times the HP of natural gas and diesel options, giving operators the ability to go up hills with full loads without issue,” Nikola said in an announcement today, “a challenge natural gas vehicle manufacturers have been working to solve.”

Total range is likely to be up to 150 miles, Nikola says, on a single charge. The trucks will be able to carry waste from up to 1,200 cans. As well as the absence of emissions, it’ll also make for a markedly quieter process, which will likely be welcome for those tired of being woken early in the morning on trash day.

What those not familiar with the refuse industry might not realize, however, is how unusual it is for a company like Republic to order both the chassis and body of the new truck from a single vendor.

“Refuse truck customers have always ordered chassis from truck OEMs and bodies from other suppliers.” Mark Russell, CEO of Nikola, explains. “Nikola has fully integrated the chassis and body, covering both with a single factory warranty. Trucks will include both automated side loaders and front-end loaders — all of which will be zero-emission.”

Road testing of the new refuse trucks is expected to begin in early 2022. If all goes to plan, full production deliveries to Republic should start in 2023. The contract also covers a potential expansion of orders to as many as 5,000 trucks.

“Among the many anticipated benefits of fleet electrification” Republic said of the trucks, “are instant torque, no idling, regenerative braking, up to 90 percent lower emissions on a per-mile basis and quieter operation in neighborhoods, as well as significantly lower maintenance costs.” According to company president Jon Vander Ark there should be “significant operating cost savings” from switching away from traditional internal-combustion engines.

It’s been an astonishing year for Nikola Motors so far, with a skyrocketing share price despite the fact that not a single vehicle – pickup or Class 8 truck – has actually been built yet. Indeed that’s not likely to change until Q4 2021, the company confirmed earlier this month, when the Tre is expected to begin production in Ulm, Germany. Eventually there’ll be a companion facility in Coolidge, AZ, but it’s still likely to be several years before that is fully online.