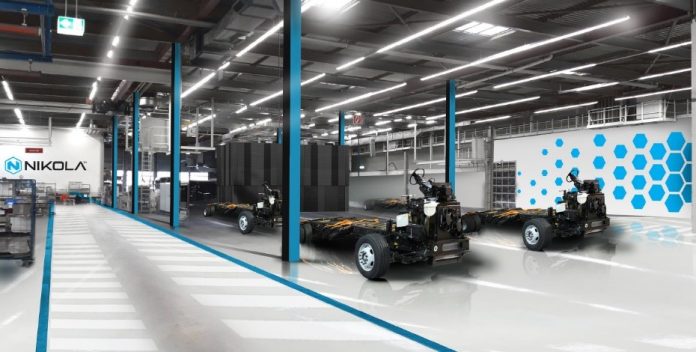 PHOENIX, Ariz. – Hydrogen fuel cell truck maker Nikola posted a US$86.6 million loss in its first quarter as a publicly traded company, but is on schedule for commercial production in the U.S. and Germany.

The company says product development is on schedule, with the Nikola Tre to be built initially at the company’s Ulm, Germany facility. Capacity there is 10,000 trucks per year. The company has also broke ground at its Coolidge, Arizona plant in Arizona, where capacity will be up to 35,000 trucks per year. Phase one construction in Coolidge is set to be completed in Q4 2021.

Nikola also said it has signed a purchase order with Nel ASA for 85 megawatts of alkaline electrocyzer capacity, enough to support up to five hydrogen generating and dispensing stations. The stations could support up to 1,100 Nikola Two fuel cell electric trucks.

Nikola says it will begin fleet testing its Tre cabover battery-electric vehicles in 2021 with customers.