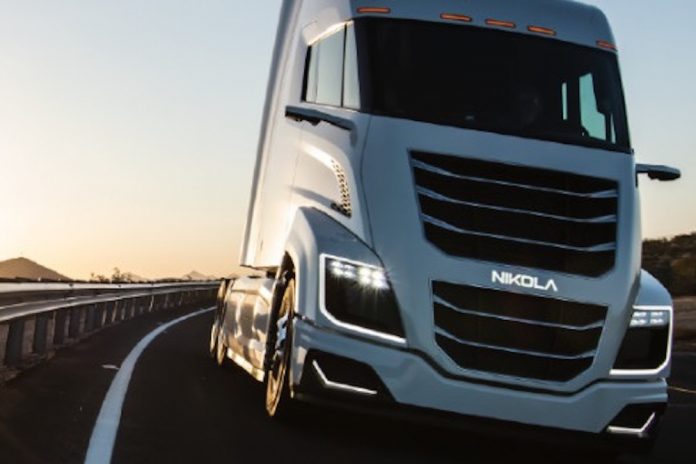 The stock price of Nikola Corporation (NASDAQ: NKLA) jumped over 22% this week and the company now has a market value of about $16.22 billion. The stock price surge puts Nikola’s value just slightly behind Fiat Chrysler ($18.13 billion) and well-above brands like Domino’s Pizza, Etsy, HPE, and Gap. At one point, Nikola was also valued higher than Ford without selling even selling a vehicle yet. Nikola’s 52-week low is $9.92 and the 52-week high is $93.99. Why did the stock price jump this week?

On Monday, Nikola Corporation (NASDAQ: NKLA) announced that it signed a deal to sell garbage trucks to Republic Services. The truck has not been built yet.

As part of the agreement, Nikola is going to sell 2,500 trucks to Republic Services. Those trucks would be joining Republic’s existing fleet of about 18,000 trucks — which are mostly petroleum-powered.

CNN Business said that it saw a rendering of the truck’s cab and it does not have a large rear compartment for storing trash or recycling. Nikola also has to ensure that its trucks are able to hit the requirements needed by Republic Services like the range and ability to handle various climates.

Vander Ark pointed out that Republic Services has a goal to reduce greenhouse gas emissions by 35%. ”There’s going to be value for our shareholders over time,” said Vander Ark via CNN Business. “I”m most excited about my kids and grandkids, I think we’re leaving the world a cleaner place for them.”

Nikola is going to build the garbage trucks at a factory that is under construction in Coolidge, Arizona. And the chassis will be also used with a battery-electric semi-truck called the Nikola Tre. Plus the design is going to also be licensed with a third-party. Milton said that each truck will be priced at under $500,000 each.

Nikola has been developing a tractor-trailer along with a pick-up truck. The pickup truck — which is called the Badger — is expected to have a total of 600 miles of range.

Open To Collaboration With Hyundai Motor

This week, Nikola revealed it is open to collaborating with Hyundai Motor on hydrogen technology. Nikola founder said in an interview with South Korean media company Chosun Ilbo that he submitted two proposals to Hyundai, which were rejected.

“Trevor has immense respect for Hyundai and views Hyundai amongst the leaders in hydrogen around the world,” said Nikola spokeswoman Nicole Rose in a statement to Reuters.

Hyundai has been aiming to sell hydrogen systems to other automakers. And Nikola could become a potential competitor to Hyundai in the commercial trucking business. Currently, Hyundai is partnered with Audi on hydrogen vehicle technology.

Deutsche Bank lead U.S. auto analyst Emmanuel Rosner reiterated its short-term buy call with Nikola as it said that the Republic Services deal is “early validation” for the company.

Rosner said that Nikola is expected to deliver more critical business milestones over the next few months. And Deutsche Bank expects positive news for Nikola in the near-term. So the price target assigned to Nikola by Deutsche Bank was $50.

In an analyst consensus report, I am seeing that 2 analysts and saying buy and 2 are saying neutral while 0 are marked as saying sell.

Disclosure: I own a small number of Nikola Corporation (NASDAQ: NKLA) shares. I wrote this article myself and I do not have any business relationship with any company whose stock I write about. I am not a financial advisor and all articles are my opinion. You should do your own due diligence and consider talking to a financial professional before investing.

Cyclist, 23, hit, killed by truck on highway in Maple Ridge