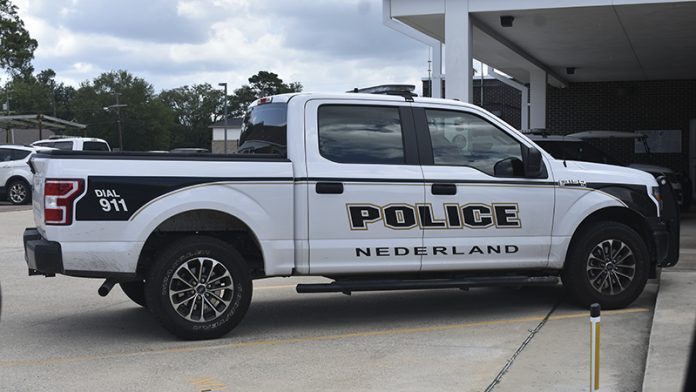 NEDERLAND — Jumping from a moving vehicle when the brakes go out makes for dramatic tension in a Hollywood blockbuster, but it loses some of its finesse in the real world.

A 31-year-old Port Arthur man was in that situation and received non-life threatening injuries and a citation for failure to maintain financial responsibility.

Nederland Police Chief Gary Porter said authorities received a call for service at approximately 11:52 a.m. July 15. The driver of a ¾-ton 2006 Chevrolet truck was exiting the 1600 block of South U.S. 69 when he found out his brakes weren’t working and jumped from the vehicle.

The truck continued to move forward and struck the median between the frontage road and the highway.

The driver was taken to The Medical Center of Southeast Texas with non-life threatening injuries.

Porter said the man was issued a citation for no insurance.

The police chief advises against jumping out our your moving vehicle in situations like this. Instead, put the vehicle in neutral and coast to a stop using the emergency brake or slow down in a lower gear and use the emergency break.

“Do not jump out of your vehicle,” Porter said.