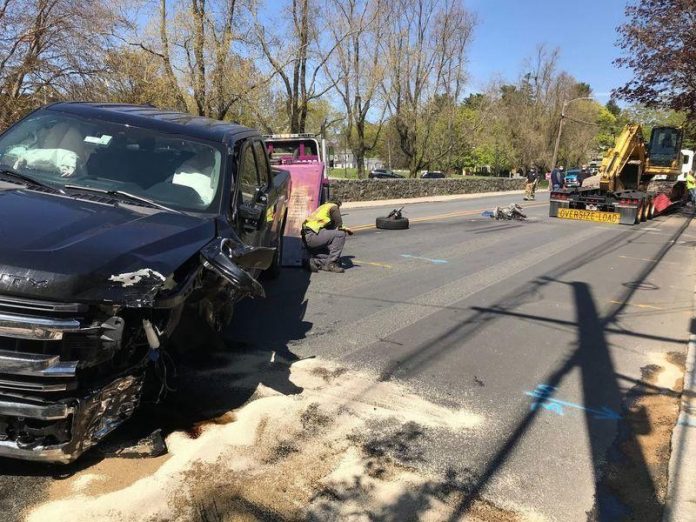 NEWBURYPORT — A father and his son in a pickup truck escaped serious injuries after striking a large construction tow truck while driving on High Street near Newburyport High School about 10:30 a.m. Thursday.

A dog in the pickup escaped and sprinted up Summit Place, prompting the city’s animal control officer to conduct a wide search of the area.

The collision sheared off one of the pickup’s wheels and activated air bags inside the truck.

Police Sgt. Charles Eaton said the pickup driver told an officer he was reaching down for his dog at the time of the accident. No charges were filed, but Eaton said the investigation remains open.

The crash closed High Street in both directions near the high school and all the way to Summit Place.

The driver of the pickup was seen holding a bandage to his nose but he and his young passenger were walking around following the crash.

“They walked away from it, believe it or not. Lucky, very lucky,” Deputy Fire Chief Steve Bradbury said.

A tale of two shoe repairers: One Nevada City shop is...