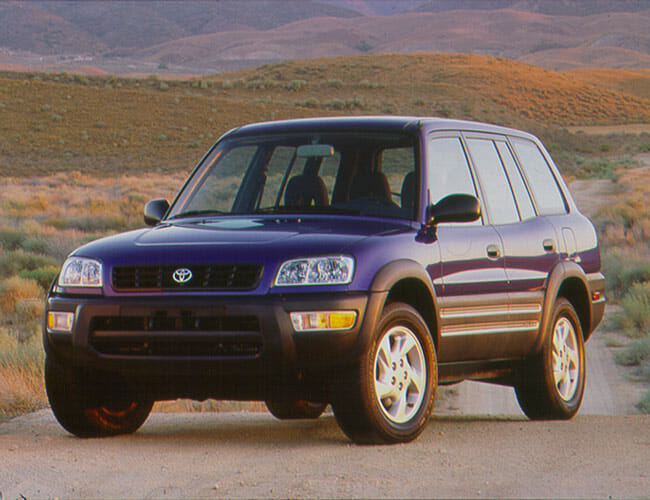 SUVs — especially in crossover form, which have come to dominate the category far more than the body-on-frame truck-based vehicles that pioneered the class — are no longer a craze or a trend; in fact, they’ve subsumed the (non-truck portion of the) car market. They’re filling niches that have nothing to do with spaciousness or capability, which were the traditional arguments in their favor; even tiny, pavement-dwelling subcompacts now receive added ride height and extra cladding to justify their existence and boost their sales.

I’ll admit, some of those new small crossovers — the Kia Seltos and the Mazda CX-30 come to mind — are decent, enjoyable cars. But the market’s decisive shift to crossovers is killing off affordable, entertaining sedans, coupes and wagons. Ford nixed most of its well-regarded car lineup in favor of the EcoSport. Likewise, VW killed the Golf Sportwagen — maybe the best all-around value car on the market — to make room for more high-priced Atlas variants.

Raging against crossovers can feel pointless. One might as well rail against time, taxes, or the incoming tide. But the fact remains, the crossover is not the ultimate vehicle for navigating modern American life. Buyers are spending too much for excess size and capability they don’t use. Unless entering and exiting cars presents physical difficulties, you don’t need to buy a crossover. Here’s why.

1. Crossovers aren’t as fun to drive as cars

Manufacturers have put copious engineering toward making crossovers sporty, but those projects are trying to overcome physics, rather than working with it. Generally, a car performs better when you lower the ride height, reduce weight and tighten the suspension; crossovers must at least pay lip service to doing the opposite. Even an outstanding crossover like the Porsche Macan is still a compromise from the more engaging experience one could have with a sportier, lower-riding, manual-transmission-equipped Porsche.

Buyers often believe that crossovers are bigger than regular cars, and that they need the extra space. Neither is necessarily true. Hatchbacks and wagons can offer similar room to similarly-sized crossovers, while a minivan has more cargo area than most three-row SUVs. Furthermore, current trends toward sloping, coupe-style roofs in crossovers impinge on the cargo and rear seating areas buyers purportedly need.

If we factor in that most people drive with their seats upright and that you can’t stack shopping bags vertically in a cargo bay, even sedans can approach the same degree of everyday practicality. You’d be surprised how much you can fit into the trunk of a Honda Civic Si.

3. You don’t need a crossover to survive a winter

Many buyers, particularly in cold climates, buy crossovers because they need something with all-wheel-drive. But you don’t need AWD to get through the winter. AWD helps drivers accelerate in slick conditions, which is why Subaru and Audi built such incredible rally cars.

But most winter drivers aren’t struggling to get on the gas after they lose control. They get into trouble trying to stop. And in that realm, all-wheel-drive does little to help — and can make things worse by instilling a false sense of security that leads drivers to go faster than they should.

An AWD crossover on all-season tires is not a snow-conquering beast. You need a good set of winter tires to make them great — the same improvement that markedly improves a standard car. And if you truly live in a poorly-plowed winter hellscape, you don’t need a crossover. You need a full-on SUV like the Toyota 4Runner or the Jeep Wrangler.

4. Crossovers are less efficient than cars

Crossovers have improved their fuel efficiency in recent years — but they still trail regular cars, which have also improved in that time. To make up the gap, we get features that kill driving fun, like droning CVT transmissions and dull hybrid powertrains that end up leading to vehicles that cost a couple thousand more than gas versions.

The aforementioned VW Golf Sportwagen earned 32 mpg combined, as per the EPA in its final iteration — and that was with a regular gas engine and a six-speed manual. (The official number may have undersold the true efficiency, too.) Crossovers that match or beat that without a hybrid, like the Lexus UX 200, will be incredibly small, ditch the all-wheel-drive, and essentially be cars…just ones that are nowhere near as spacious and practical as the Golf Sportwagen.

Tesla hits $1000 mark, Surpasses Japanese Toyota to become the Most...

Aaron ‘Jay’ Danielson had tracked Portland protests. He was near home...

Tesla falls most ever after GM’s Nikola stake, S&P snub