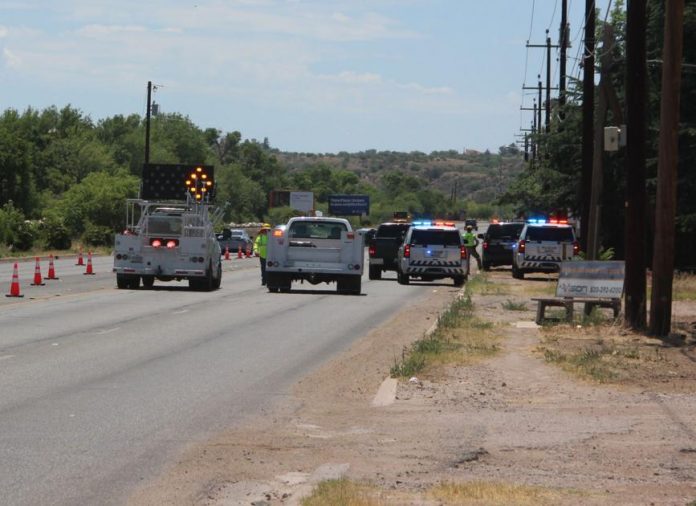 A Nogales man died and another is in custody after a pickup truck struck a bicycle on Grand Avenue on Sunday morning, the Nogales Police Department said in a news release.

Mark Ryan Seeger, 66, was riding southbound at about 7 a.m. on Sunday when his bicycle was hit by a white Ford pickup truck driven by Hector Francisco Heredia, 41, the release said. The crash occurred between Congress Drive and Frank Reed Road.

The pickup truck left the scene, but was later located in the Monte Carlo neighborhood, according to the news release. Heredia was arrested.

Mesta said that NPD received a call about the crash at 7:03 a.m. and police officers and the Nogales Fire Department responded.

At approximately 11:15 a.m., southbound lanes on Grand Avenue were closed, with traffic being rerouted. Tape had been placed around items at the scene.

Mesta said that the incident is being treated as a criminal matter and the Arizona Department of Public Safety will help with the investigation.