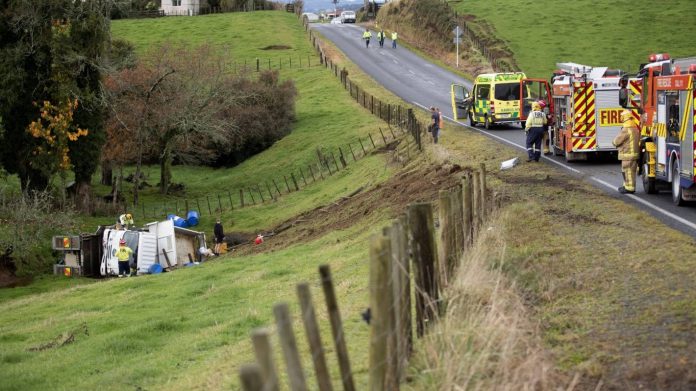 The crash happened on Bristol Rd, Inglewood, around 2.30pm on Friday.

A truck and trailer has rolled off a Taranaki road, spilling a sterilising agent.

Emergency services were called to Bristol Rd, near Inglewood, around 2.30pm on Friday to reports of a crash.

A police media spokeswoman said a vehicle had rolled and there were no reported injuries.

Fire and Emergency New Zealand shift manager Murray Dunbar said the truck was off the road and in a waterway.

Dunbar said fire crews worked to contain and identify the chemicals, which ended up being a non-hazardous sterilising agent.

A visual journalist said there were three fire appliances, one Hazmat truck and Taranaki Regional Council staff at the scene around 3.30pm.