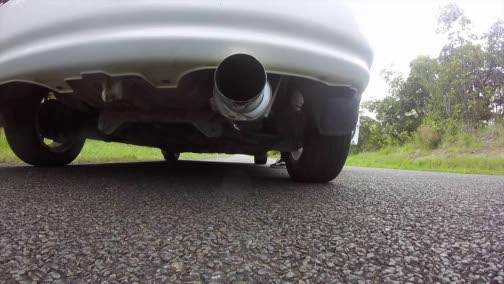 In the beginning the prime minister warned us about complacency. Complacency shows up as an attitude of bravado when we look around us and see that no one near has fallen prey to COVID-19, and therefore why worry, take a deep and unfiltered breath, and enjoy life and a lifestyle pattern the same old way.

It also shows up when we misinterpret the announcements about the reopening of the economy to mean that everything is going to be okay and we can soon go back to our regular carefree way of life.

But we are still very much in the community stage of this pandemic — never mind those heartening zero cases reported on odd days last week. The medical experts have warned that in this stage there is bound to be a continuing escalation of the incidence. In fact, evidence and facts support that according to pattern and history, cases will increase during the community phase, not in clusters, not from those who did fly in last week, but from what is swirling around us literally under our nostrils.

We are going to be holding our breath for at least the next 12 months, or until an effective vaccine is developed, and such becomes available and accessible in Jamaica. Until then we will have to get used to living with COVID-19 and become accustomed to the new norms of wearing masks, social distancing, and repeatedly washing hands.

It is not going to be easy, but we will have to understand that we are in a state of war, and now is not the time to cry about bread and butter like spoilt children.

Uganda’s President Kaguta Museveni’s reported statement to his people regarding his country’s war on COVID-19 is unambiguous in its characterisation of the destructive disease, referring to it as “a harvest of death”. He spells out the necessary collective action needed to defeat this army, and pulls no punches when he tells them “now is not the time to cry over bread and butter like spoilt children”. Much of what he says is relevant to the situation we face in Jamaica, notably in the hotel isolation wards and the steps we are taking to safeguard our nation.

“The army in this war is without mercy. It is without any milk of human kindness. It is indiscriminate — it has no respect for children, women, or places of worship. This army is not interested in spoils of war. It has no intention of regime change. It is not concerned about the rich mineral resources underneath the earth. It is not even interested in religious, ethnic or ideological hegemony. Its ambition has nothing to do with racial superiority. It is an invisible, fleet-footed, and ruthlessly effective army.

“Its only agenda is a harvest of death. It is only satiated after turning the world into one big death field. Its capacity to achieve its aim is not in doubt. Without ground, amphibious, and aerial machines, it has bases in almost every country of the world. Its movement is not governed by any war convention or protocol. In short, it is a law unto itself. It is coronavirus. Also known as COVID-19 (because it announced its destructive presence and intention in the year of our Lord 2019).

“Thankfully, this army has a weakness and it can be defeated. It only requires our collective action, discipline, and forbearance. COVID-19 cannot survive social and physical distancing. It only thrives when you confront it. It loves to be confronted. It capitulates in the face of collective social and physical distancing. It bows before good personal hygiene. It is helpless when you take your destiny in your own hands by keeping them sanitised as often as possible.

“This is not a time to cry about bread and butter like spoilt children. After all, the holy book tells us that man shall not live by bread alone. Let’s obey and follow the instructions of the authorities. Let’s flatten the COVID-19 curve. Let’s exercise patience. Let’s be our brother’s keeper. In no time, we shall regain our freedom, enterprise and socialising.”

On another topical note, the Noise Abatement Act is being blatantly ignored both by the police and motorists. Ask the people who live close to the road and wherever there are steep inclines requiring engine compression about these bestial sounds they have to put up with.

The law says that no person should be allowed to modify the exhaust system of a motor vehicle or remove any other noise abatement device in such a manner that the noise is disturbing. Yet the perpetrators are allowed to drive by police stations, churches, hospitals, residential areas, and terrorise whole communities.

Mr Commissioner of Police, surely it should not be too difficult to enforce the traffic noise abatement policy and prosecute these road abusers who continue to give us hell as they remove mufflers and blast us with their ‘heavy foot’, change-down gear movements.

In my neighbourhood we compare stories of our individual experiences with the increasing noise pollution being created by heavy-duty traffic. Specifically, the alarm can be set based on the time that such and such a vehicle lets down its noise guard to signal its approach. There is a truck that I can predict will thunder past my house at three o’clock every morning. It seems that my mind is now attuned to sensing the oncoming vehicle as I awake just seconds before it draws gear half-a-mile away. Then for the next 30 seconds I shudder and cower as the sound reverberates through the town at full blast.

My story pales in comparison to the one where a nearby district is put on warning at 2:00 am religiously every day as a truck lumbering downhill, and under stiff compression, winds its way in and out of the district like a bat out of hell. Not content with the sound blast and occasional horn blowing, it stirs up a cacophony of barking dogs and irate roosters to ensure that the residents stay awake for the rest of the night.

We tend to believe that because the motor vehicle is mobile and does, in fact, go away, or disappears out of sight after a while, it is not as invasive as the other noises that fall under the Noise Abatement Act. However, talk to the people who have to put up with the bestial sounds who live alongside the north coast roads, or on Spur Tree Hill, Melrose Hill, Discovery Bay, Runaway Bay, Long Lane in St James, Stony Hill in St Andrew, or wherever there are steep inclines requiring engine compression. The noise is deafening. And the perpetrators are getting away with it. They are allowed to remove their mufflers and drive brazenly on the road. But they could easily be prosecuted. They drive past the police stations every day.

Contrary to popular belief, the Noise Abatement Act does not confine itself to loud music, dancehall, entertainment, merrymaking, or DJ belching. It applies to any kind of noise that is deliberately caused and amplified in such a manner that the sound is audible beyond 100 metres from the source and is capable of causing annoyance to people who are trapped in that vicinity. That must include noises from heavy-duty motor vehicles.

Lance Neita is a public relations consultant, historian, and author. Send comments to the Jamaica Observer or to lanceneita@hotmail.com.

Your guide to homegrown adventure: How to hike, bike and paddle...