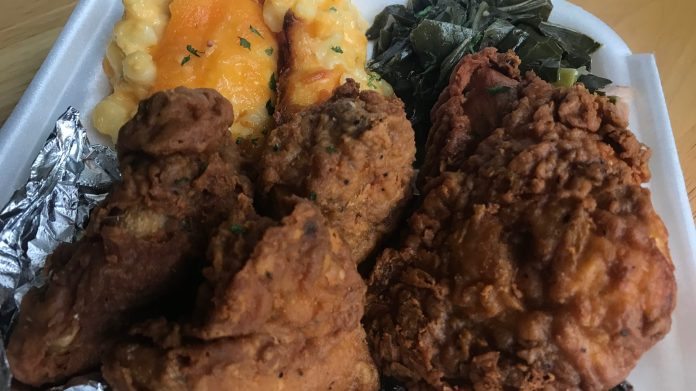 “This is a proud moment for me,” Hearns said. “All the hard work actually paid off.”

The new restaurant’s hours will be 11 a.m. to 9 p.m. daily, except when closed Tuesdays, she said. She also plans to keep the food truck open in the convenience-store parking lot at Delaware Avenue and South Seventh Street from 11 a.m. to 8 p.m. Fridays and Sundays.

“I wanted to start off with the food trailer first and work my way up into a restaurant.” Hearns said. “I didn’t know I was going to come this fast. I thought it was going to be later on down the line.”

NuNu’s is one of only a few soul food restaurants on the Treasure Coast. Hearns, 50, started the food truck in January 2019 and runs it with her husband, Robert, also 50, and her 21-year-old son, Levie Dixon.

“We didn’t have that many places open with soul food,” Hearns said. “I wanted to do soul food because I wanted to bring that to the community.”

She also aimed to open a second and permanent location because the food truck had gained loyal customers from across the state and beyond, including St. Augustine and New York.

The travelers ordering takeout had one similar request.

“They want to be able to sit and eat,” Hearns said.

She named the business after the nickname of her deceased son.

Davonte “NuNu” Paschal, 23, died in 2016 after his vehicle went into a neighborhood lake in Indian River County. He had told rescuers to save his 2-year-old daughter first.

“I wanted to make sure my son was remembered,” Hearns said. “I wanted his name to carry on.”

Laurie K. Blandford is TCPalm’s entertainment reporter and columnist dedicated to finding the best things to do on the Treasure Coast. Follow her on Twitter at @TCPalmLaurie or Facebook at faceboook.com/TCPalmLaurie.

‘No danger to customers’ says head of McDonald’s after 12 stores...