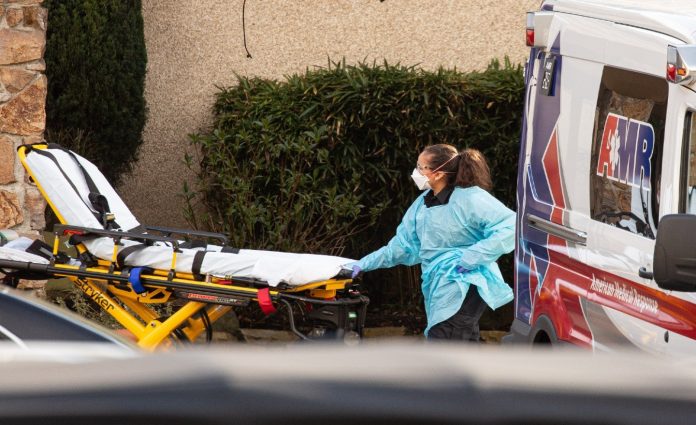 A nursing home in New York City says it has been faced with so many coronavirus deaths it was forced to store bodies in a refrigerator truck as overwhelmed funeral homes take days to pick up victims.

Audrey Waters, a spokeswoman for the nursing home, told the AP in an email that shorthanded staff, limited coronavirus testing and a struggle to obtain personal protective equipment added to the challenge of fighting COVID-19 in the nursing home.

“Isabella, like all other nursing homes in New York City, initially had limited access to widespread and consistent in-house testing to quickly diagnose our residents and staff,” Waters told the AP. “This hampered our ability to identify those who were infected and asymptomatic, despite our efforts to swiftly separate anyone who presented symptoms.”

She said on Friday the Isabella Geriatric Center is only just “getting more access to testing.”

Local outlet New York 1 first reported on Thursday that the center had more than 90 deaths, but that only 13 had been officially reported by the state.

Nursing homes have been the center of some of the worst outbreaks of coronavirus, as senior citizens are more vulnerable to serious complications from the virus and it spreads easily in close quarters.

Last month a nursing facility in the Cobble Hill neighborhood of Brooklyn, N.Y., reported at least 55 residents had died from the novel coronavirus, one of several outbreaks to devastate such a facility. Meanwhile, in Washington state, a nursing home was fined over its handling of a COVID-19 outbreak that left more than two dozen dead.

More than 308,000 New Yorkers have tested positive for coronavirus since its outbreak began, according to state health department data. As of Friday, the state had reported 18,610 deaths.