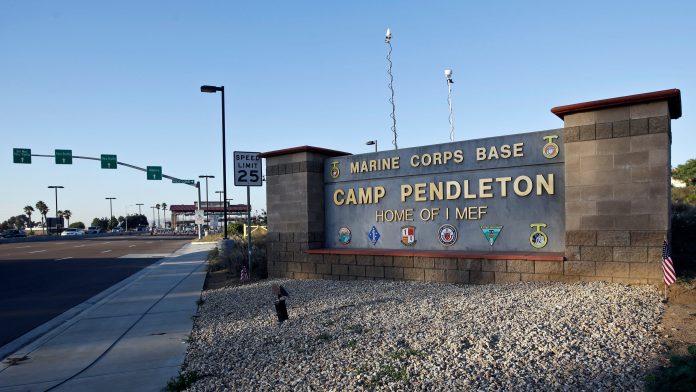 Evan Bath wanted to be a Marine at a young age and as soon as he could enlist, he joined the military.

Bath, a 19-year-old private first class, was among seven Marines and one sailor missing and presumed dead in the sinking of an amphibious assault vehicle last week. The Department of Defense released their names Monday.

By then, Bath’s mother, Aleta Bath, had been notified by Marines who showed up at her East Troy home.

“I am in shock, as you can imagine. I am handling it better today,” Aleta Bath said in a phone interview Monday afternoon.

Bath joined the Marines in July 2019 and posted a photo on his Facebook page of himself dressed in his green and khaki service uniform standing at “parade rest” with a wide smile. Another photo shows him in his camouflage uniform with a khaki-colored neck gaiter covering his face.

“When he was very young he wanted to be either a firefighter, a deep-sea diver or a master truck driver,” Aleta Bath said of her only child. “But then he decided at a young age it was the Marines and that was the only way.”

Bath was born at St. Luke’s Hospital in Milwaukee while his family lived in Racine. He lived in Houston and New Orleans for a while before moving back to Wisconsin in 2007. He attended Oak Creek High School for his first three years before spending his senior year online and graduating from Connections Academy.

On Sunday, the Marines called off the search that started Thursday when the amphibious assault vehicle sank off San Clemente Island with 15 Marines and one Navy sailor aboard. Eight Marines were rescued, but one later died and two are in critical condition. 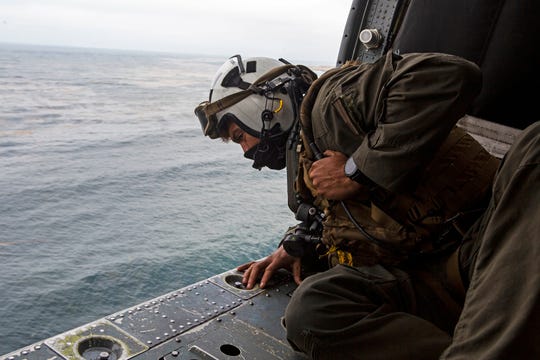 The missing range in age from 19 to 23 and all were wearing combat gear, including body armor and flotation vests, according to Lt. Gen. Joseph Osterman, commanding general of the 1st Marine Expeditionary Force.

The craft was one of 13 amphibious assault vehicles that had just completed an exercise. It was heading back to a Navy ship when it began taking on water about a half-mile from the Navy-owned island off San Diego.

The 26-ton craft quickly sank in hundreds of feet of water, making it difficult to reach. The 15th Marine Expeditionary Force was training with an Amphibious Ready Group ahead of an anticipated deployment later this year.

“I think he just thought (the Marines) were the end all, be all,” Aleta Bath said. “He loved to protect people and he said he couldn’t look his ancestors in the face if he couldn’t fight for his country.”

She talked to her son the weekend before the accident and he texted her the day of the training mission. They stayed in touch as much as possible, sometimes Bath would send a selfie or write “Hey Mom, love you!”

“He texted me and told me they were on maneuvers and he could call me in two weeks,” she said.

“He was the best son that a mother could ever have. He was loving and caring. He would do anything for you. And he was loyal.”