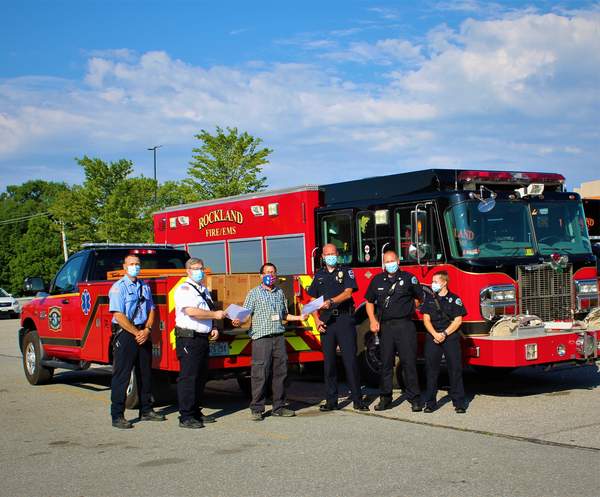 Rockland — The Rockland Ocean State Job Lots donated over $11,000 in PPE to both the Rockland Fire and Police Department on Aug. 10. The supplies were presented to the departments by Rick Wolin, the store manager.

Marc Perlman, CEO of Ocean State Job Lots, thanked the customers for their generous giving at the registers, in a letter addressed to the Fire and Police Chiefs.

In April, Ocean State Job Lots distributed 150,000 masks to frontline workers. In his letter, Perlman encouraged the departments to give out any excess supplies they may have from the donation to local organizations in the community.

Rockland Police Officers and EMS workers load the supplies into the truck.
(Photo by: Jackson Long)

Loading the truck is a team effort.
(Photo by: Jackson Long)

A Rockland Fire Truck made an appearance at the donation.
(Photo by: Jackson Long)

Black Lives Matter picnic to be held in Chester