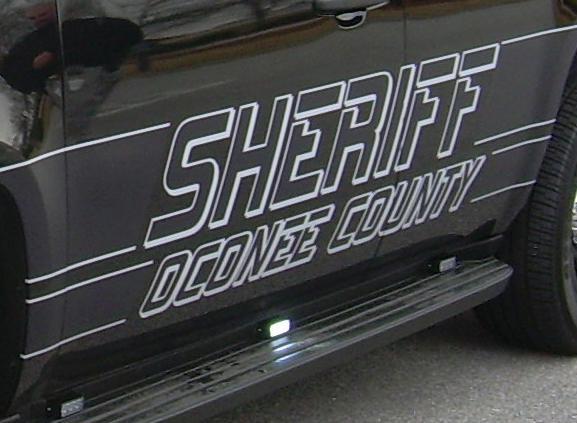 LOUD ARGUMENT: On July 12, Deputy Quinton NeSmith was dispatched to the Kroger parking lot off Epps Bridge Parkway where a 911 caller reported a verbal fight between a man and woman. When the officer arrived, the pair was gone, but another 911 call came in reporting a similar argument in the parking lot of the nearby Walmart. The deputy arrived and the woman, who was crying, said she and her boyfriend were arguing and he had gone inside the store. The couple, because the loud scenes resulted in two emergency calls, were each charged with disorderly conduct. When the woman was released from jail, she returned to her car left at Walmart and discovered someone entered it and stole her purse with a set of earrings and a necklace.

NIGHT PROWLER: On July 17, Deputy Matthew Pilcher was dispatched to investigate a prowler who tried to open a resident’s back door shortly after midnight off Epps Bridge Parkway. The deputy located the suspect and a search found him in possession of a stun gun and flashlight combo, a crowbar, pliers and several bullet cartridges of various calibers. The 24-year-old Athens man gave conflicting stories on why he was at the location, but he denied shining a light behind complainant’s home. The man was booked on charges of prowling and having tools for a crime.

SHOPLIFTER FLEES: On July 17, a deputy was dispatched to Walmart, where a man attempted to leave the store with a TV. When confronted at the exit by the loss prevention officer, the man abandoned the merchandise and fled in a white Kia Spectra that was registered to a 26-year-old Athens woman.

WRECKED SUV: On July 13, Deputy Matthew Pilcher was dispatched to Elder Mill Road near Saxon Road, where a passing motorist found a crashed Toyota 4-Runner. The SUV had hit a tree and rolled over on its side. No one was in the vehicle, but the officer did find an empty beer can in the vehicle.

CHAIN SAWS STOLEN: On July 13, Deputy William Brewer met with a 28-year-old Lexington man, who reported someone broke into a Pike Electric Corp. truck parked on the 4500 block of Monroe Highway. The thief stole two Stihl chain saws valued at $1,009.

CHAIN SAW THEFT: On July 14, Deputy Daniel Ellis met with a 40-year-old Athens man, who reported he stopped at Lowe’s on Epps Bridge Parkway. He was in the store only a short time, but when he returned he found someone had taken his chain saw, which he placed in the floorboard of his vehicle.

MISSING RING: On July 14, Deputy William Brewer met with a Watkinsville woman who reported that sometime between December and May 28 a gold diamond solitaire ring went missing in her home. The ring had an appraised value of $38,000.

DAMAGE: On July 14, Cpl. Josh Dudley met with a man at a construction site off Experiment Station Road behind Publix and the Circle M station, where someone broke out windows in two buildings. Damage to the five windows was estimated at $750.

ATTEMPTED FRAUD: On July 15, a 75-year-old resident of Azalea Lane, Watkinsville, reported that someone sent out an e-mail using her work e-mail pretending to be her and asking people for gift cards. The woman said she called everyone who received the e-mail to warn them it was a scam.

PICKUP STOLEN: On July 14, a 75-year-old Bishop man reported the theft of a 1990 Toyota truck used at his business on Macon Highway, where the theft occurred.

SHOPLIFTING TEAM: On July 15, Sgt. Scott Underwood met with security at Kohl’s, where he learned two men had shoplifted two Nest camera systems and a Fitbit watch. The same two men were involved in a theft at a Kohl’s in Newnan on July 3.

BOGART THEFT: On July 15, deputies met with a couple who had moved into their new house on Brighton Lane, Bogart. They had placed some boxes on the back patio and someone stole several items included a backpack, wallet, passports, personal documents, earrings, watch and keys, all valued at $1,050.

MACHINE STOLEN: On July 18, a resident of Daniell’s Bridge Road reported someone stole a wood splitter with a Honda engine valued at $2,500. The machine was in her yard and covered by a blue tarp.

BURGLARY: On July 20, Sgt. Mike McKeel responded to a burglary report at Reed’s Odd & Ends on U.S. Highway 441 in Bishop. The thief entered through a door and removed about $60 from the cash register.

HIT AND RUN: On July 21, a man reported he was stopped at a red light on Epps Bridge Parkway when he was rear-ended by a SUV. He spoke to the woman and they agreed to pull into a parking lot to discuss the accident, but she fled the scene. The man took her license plate number and deputies later arrested her in Bishop for leaving the scene of an accident.