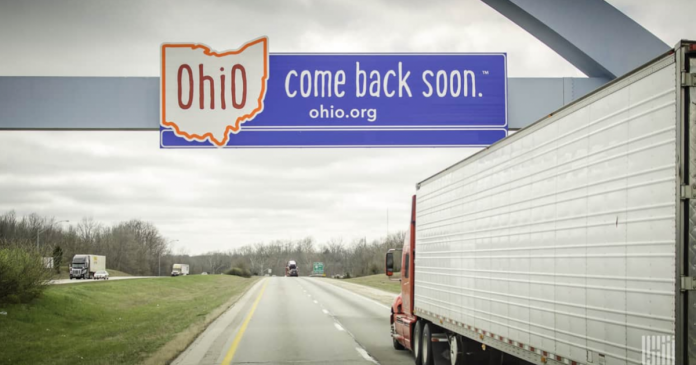 The U.S. Federal Highway Administration (FHWA) has awarded a $4.4 million grant to the Ohio Department of Transportation (ODOT) for a truck automation corridor project along Interstate 70 between Columbus, Ohio, and Indianapolis.

The award, one of 10 issued by FHWA under its Advanced Transportation and Congestion Management Technologies Deployment (ATCMTD) program, will combine with $4.5 million in state matching funds. The goal of the project is to allow freight companies and truck automation vendors to deploy automated vehicle (AV) technology in daily revenue service along the corridor.

“As self-driving technology matures, it is important that everyone has a seat at the table,” said Patrick Smith, interim executive director at DriveOhio, a state government group that is coordinating the project. “With the coalition of public, private, and research institutions that we have built, we’re confident this project will provide valuable insights to [the U.S. Department of Transportation] and the industry as we develop smart logistics policies, procedures and technology standards that will be shared across the nation.”

As a partner with the project, the Transportation Research Center Inc. (TRC), an independent proving ground for AV technology, will offer professional driver training for host fleets and perform an automation audit of I-70, according to DriveOhio. “During public road testing, a professional driver will be at the wheel always should human intervention be needed. The project data gathered will be shared with USDOT to inform the development of policies and procedures to scale across the United States,” DriveOhio stated.

DriveOhio has encouraged self-driving truck company Plus.ai, which has previously conducted testing in Ohio, to expand testing in the state.

The largest grant recipient in the current funding round was Florida, which received $10 million for its Regional Advanced Mobility Elements (FRAME) project on Interstate 4.

The I-4 FRAME project will deploy “next-generation” traffic incident management and vehicle-to-infrastructure technologies, allowing travelers to receive traffic, weather, intersection signal timing, and other mobility-related messages in real-time, according to FHWA.

The Tennessee Department of Transportation received a $2.6 million grant for an artificial intelligence-powered Integrated Corridor Management (ICM) system, part of the multiphase, 28-mile-long I-24 Smart Corridor project along that interstate and connecting highways and state routes.

“It will help address the challenges to creating a successful and comprehensive ICM system that includes, for example, increased congestion, high incident rates and limited real-time performance monitoring,” according to FHWA.

Rivian to begin deliveries of electric pickup truck in June 2021...