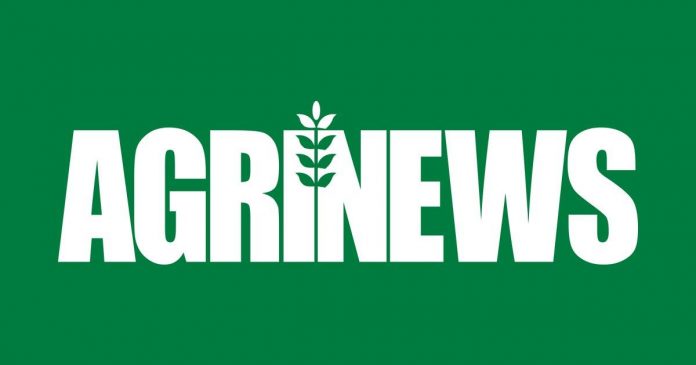 TERRE HILL, Pa. (AP) — The once-familiar tinkle of glass bottles at dawn is missing, as are the distinctive trucks and the crisp white uniforms of their drivers, but in the midst of the COVID-19 outbreak, home milk-delivery is experiencing a renaissance in the Philadelphia area.

The combination of the coronavirus’ lockdowns, worries about food shortages, the booming delivery economy, and a trend toward farm-to-table freshness has helped revive the bygone American tradition of milkmen, who as recently as the 1960s brought dairy products to the doorsteps of nearly a third of U.S. households.

A new breed of milk-delivery companies, located on the region’s still rural fringes near some of Pennsylvania’s 5,730 dairy farms and staffed by men and women, has in the last few months penetrated the Philadelphia suburbs.

Lancaster County-based Doorstep Dairy now carries milk and other farm products to parts of Chester and Montgomery Counties. Logical Living of Kennett Square does the same from Avondale to Downingtown.

Cow Belle targets the Lehigh Valley and Poconos. Even in highly urbanized North Jersey, Udderly Delicious has thrived by offering its home-delivered milk in glass bottles.

And a spokesperson for Wawa, the area’s largest convenience-store chain, said that through third-party services such as Grubhub, it now offers milk delivery in 95% of its operating area. The surge in milk deliveries has actually outpaced the overall boom in home food delivery, Wawa has found.

While most of their new customers made the switch during the recent pandemic, these companies hope the appeal and convenience — and the growing number of products they offer — will convince milk drinkers to stay once the world returns to normal.

“My son and husband both commented that the milk tastes so much fresher than from the grocery store,” said Barbara Barnes, who in April began getting milk and other farm products delivered to her Radnor home for her, her husband and three boys.

“We started with milk and eggs and our order just grew. Everything arrives as it should and the quality is good. After the virus is over and the kids go back to college, our order may shrink a bit, but I intend to stick with it.”

Barnes learned about Doorstep Dairy through Malvern’s community Facebook page. Since the pandemic hit earlier this year, the decade-old company’s orders and workforce have more than doubled.

Doorstep gets its milk from two Lancaster County suppliers. Kreider Farms in Manheim provides traditional whole, low-fat and skim products, while its organic milk comes from Oasis Creamery in Ronks.

As demand increased, the Terre Hill, Pennsylvania-based Doorstep, which has a warehouse in Reinholds, contracted with other area farmers for yogurt, cheese, fruit, vegetables and meat.

“We’re a mom-and-pop business,” said Doorstep owner Daryl Mast. “Three months ago, there were two of us — one full-time employee and myself. We probably had 130 to 140 homes and businesses that we served each week. That paid the bills. We weren’t prepared for this big influx.”

Mast said Doorstep now has about 325 regular customers in Lancaster, Berks, Chester and Montgomery counties, and at least that many on a waiting list.

He’s had to purchase a third truck, borrow a fourth from an idled food distributor and hire three more full-time employees and several part-time warehouse workers.

Since 2010, Doorstep and a few other dairy-delivery services had built small, niche markets in such places as Lancaster, Berks and southern Chester counties.

But when the pandemic shut down the region in March and some farmers began dumping milk they couldn’t get to market, they suddenly had to confront a consumer surge.

“I was worried about getting certain items from the grocery store,” Barnes said. “I wanted to make sure I had some staple items. Over time, my order just grew and grew because I liked it so much. It was fresh and fairly priced.”

Quinlan said his family had long purchased milk from Bailey’s Dairy, a Pocopson Township dairy that sold most of its product to Land O’ Lakes.

“About five years ago, I was between jobs and I realized a lot of people would probably love to have that milk delivered,” he said. “So, I reached out to Bailey’s and they said let’s give it a shot.”

Home milk delivery in America dates to the late 1700s. Milk was perishable and there was no refrigeration. A fresh bottle on the doorstep each morning was a welcomed and useful sight.

For 150 years, the delivery business boomed for such dairies as Philadelphia’s Sealtest, Harbison’s and Abbotts. But things started to change after World War II. Pasteurization and refrigeration increased milk’s shelf life, suburban sprawl made delivery more expensive, and the growth of supermarkets made buying it simple.

By the early 1960s, according to figures from the U.S. Department of Agriculture, only 30% of American households had milk delivered. By the 2010s, the number had plummeted to 1%.

Though Doorstep wasn’t founded until 2010, Mast knew he had the genes to operate such an enterprise. He grew up on the Morgantown dairy farm his parents operated, and one of his grandfathers sold farm products door to door.

“I always had an idea about doing something like this,” Mast said. “When we started, our goal was to try to create some new markets for the local ag community. We felt like maybe home delivery was the way to do that.”

Like Doorstep, Logical Living gathers product Monday and Tuesday and delivers it the rest of the week. Instead of the daily delivery that used to be the norm, customers are limited to once a week.

“We deliver Wednesday, Thursday and Friday,” Quinlan said. “We used to do it mostly in the mornings, but now it’s all day. We start about 8 a.m. and finish around 5 or 6 p.m.”

Doorstep asks customers to have a cooler at their homes’ entrances. If requested, drivers will place the milk and other products in garage refrigerators.

“But in the last few weeks, most people have been home, so we just put it on the doorstep, give them a thumbs-up through the front window and we’re on our way,” Mast said.

The delivered milk costs more than in a supermarket, but the firms praise its quality and say it’s competitive in pricing with store milk certified as organic.

As their milk business blossoms, the companies have been supplementing it by carrying farm-fresh produce, meats and baked goods in their small, refrigerated trucks.

“Especially during these times, I think people are beginning to realize that not only do you get a better, more nutritious product locally, but it’s also safer,” Quinlan said. “The milk goes from the dairy to a truck to your home.

“My sense is that while a lot of people will go back to doing what they were before, we’re going to retain a lot of others,” he added.

The services rely on the dairies to bottle the milk and virtually all of it comes in plastic containers, not the once-ubiquitous glass that was the industry’s trademark and which, many consumers still insist, made the milk fresher and tastier.

“We had a dairy that did glass,” Mast said. “But it’s a pain. There’s a lot more labor involved. The bottles have to be returned and sanitized. And everybody breaks some now and then.

“But despite that we’re hoping to have glass back on the menu pretty soon,” he said. “It’s definitely a good selling point. There’s some real nostalgia there.”

Up to 60 Decomposing Bodies Found in Rental Trucks at Brooklyn...