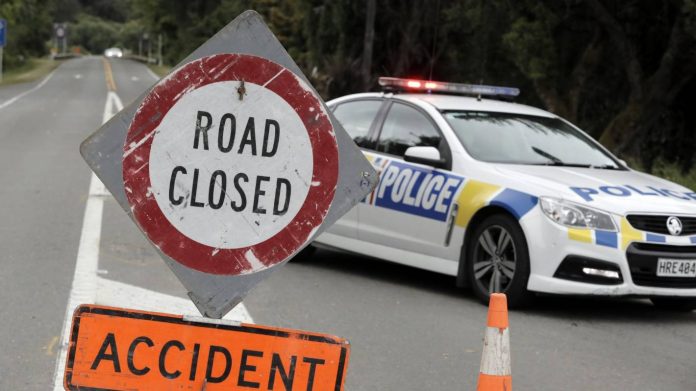 One person is dead and another is fighting for their life after a head-on crash north of Seddon, Marlborough.

Emergency services were notified of a head-on crash “involving at least two vehicles” on State Highway 1 (SH1) between the Blenheim end and north end of Redwood Pass Rd about 6.50am on Friday, a Fire and Emergency New Zealand spokesman said.

One person was killed in the crash, while a second person was critically injured, a police spokeswoman said.

The Fenz spokesman said fire crews used cutting gear to free one trapped person, who was in the care of ambulance staff.

A rescue helicopter from Nelson arrived at the scene about 7.40am and was still on scene at 8.40am, a St John spokesman said.

Two ambulances from Blenheim were also there assessing a third patient with serious injuries, he said.

The seriously injured patient was taken to Wairau Hospital, he said.

The road is completely blocked whilst the serious crash unit assesses the scene and is expected to be for some time.

Police said there were two diversion options in place; Redwood Pass and Taylor Pass, however Taylor Pass was more suited to four-wheel-drive. Trucks and campervans would likely find the rough shingle road difficult in places as there were two fords.

A police spokeswoman said there was another, minor crash 10 minutes before the fatal collision, just south of the scene. A vehicle hit a bank about 6.40am and ended up partially blocking the southbound lane, she said.

The ferry companies had been advised of the delays, police said.

The fatal crash is not the only one on SH1 near Seddon in recent weeks.

A fortnight ago, Damian James Pollock, 27, from Ward was killed after his ute went off the road.

Emergency services were called to the single-vehicle crash on State Highway 1, between Blind River Loop Rd and Tetley Brook Rd