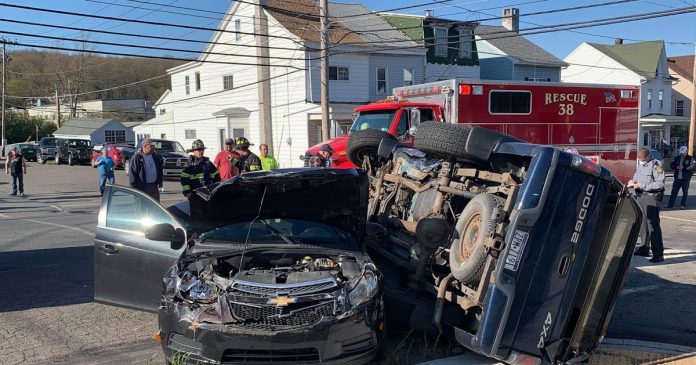 One person was injured in a two-vehicle crash in Ashland on Wednesday.

At 5:20pm, emergency personnel were dispatched to 2105 Centre Street in Ashland in the area of May’s Drive In for a motor vehicle accident with entrapment.

A woman in the car suffered a head injury, while the man in the pickup truck escaped injury.

When the crash occurred, nearby local residents as well as past and present members from the North Schuylkill Spartan Football team who were nearby, jumped to aid and helped keep the pickup truck from rolling onto it’s roof with the man inside until emergency personnel arrived.

Responding to the scene were the Washington Fire Department and Rescue, American Hose Co., and both Washington Ambulances, as well as the Pennsylvania State Police. 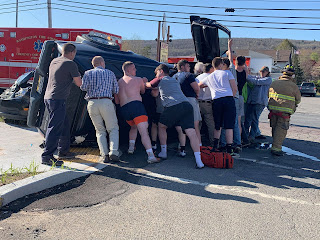 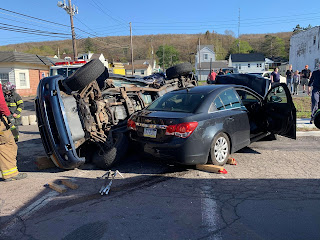 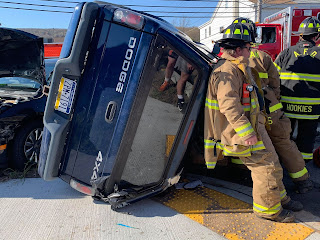