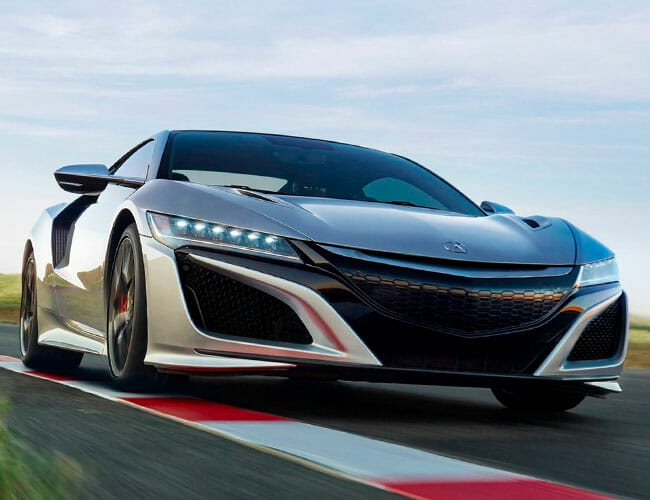 For better or worse, two related automotive truisms — “fashion is cyclical” and “history repeats itself” — are both showing their face in full force. Callbacks to the ’80s and ’90s are the rage these days: resurfaced nameplates like the Toyota Supra and Ford Bronco steal headlines with their style and substance, and turbocharged engines have returned to popularity again.

However, more so than any other style or technology trend, the most significant — and disappointing — callback is the resurgence of Malaise Era-like dullness from American cars in contrast to the exciting, lively cars from Asia.

From the early ’70s to the mid-’80s, American car manufacturers consistently produced some of the most unloved, undesirable cars in the world. We call it the Malaise Era. The oil and energy crises in 1973 and 1979 forced U.S. brands to adapt to sky-high oil prices, while new legislative regulations mandating safety and emission standards pushed them to make their cars safer.

Instead of spending money to innovate, U.S. manufacturers lazily complied and found the easiest workarounds. The resulting cars and trucks were mostly uninspired, underpowered mechanical messes with little attention paid to detail and every expense spared to cut costs. Meanwhile, European and Japanese manufacturers, well-versed in small cars and efficient engines, saw a boom in popularity in the states. By comparison, the imports were undeniably better, enabling them to gobble up market share once consumed by the Big Three.

Fast forward to 2020. We’re not in an energy crisis, but we’re witnessing the hybridization and electrification of almost every manufacturer’s lineup, due to increasingly strict emission standards and the growing threat of climate change. Yet when it comes to building more efficient models, the U.S. automakers are largely pinching pennies again. GM is the sole Detroit carmaker to make an electric car offering more than 200 miles of range — and that car, the Chevrolet Bolt, doesn’t sell, because it’s an odd-looking duck. The Chevy Volt that more carmakers should emulate? It’s being axed. Ford’s Mustang Mach-E will offer reasonable range, but it’s still a ways away — years behind Tesla, the Europeans and the Asian carmakers. And Fiat-Chrysler has just announced that it plans plug-in hybrid Jeeps. You know who’s sold a plug-in hybrid SUV here for years? Mitsubishi.

Instead, Ford, GM and Fiat-Chrysler are cranking out more and more burly SUVs and full-size pickup trucks, which offer beefy profit margins in the short-term while spewing massive quantities of pollution. It’s clear that SUVs and crossovers make up the bulk of automotive sales these days, so you can’t fault companies for leaning into the growing segment. On the other hand, the Big Three have suggested the only way forward is crossovers designed for profit. Ford has all but given up on cars; Chevy may soon axe the Camaro, leaving it with a handful of neglected family cars; and FCA is milking its aging Challenger/Charger platform for all it’s worth but doing nothing else in the car world.

Take a look across the Pacific, though and you’ll see Toyota focusing more energy into turning the Avalon, Camry and Corolla Hatchback into fun, desirable cars. Kia also deserves applause for coming out with a stellar sedan in the Stinger GT and Telluride; Hyundai turned out the Veloster N, one of the most entertaining hot hatches in recent memory; and Genesis offers not one but three well-made, comfortable sedans, including the sporty G70 that comes in an enthusiast special version with a stick shift and rear-wheel-drive. Honda’s Civic and Accord are better than ever, and the Ridgeline an underrated choice in the increasingly-popular midsize truck market. And Subaru may no longer be pushing driving fun, but the new Outback and Legacy are in most other ways better than ever.

In the ’70s, the lack of desire to spend capital meant that reputations sagged as much as product quality, putting Ford, GM, and their respective subsidiaries in the multi-decade slump. They’re falling into the same stock-holder-interest-fueled trap today. Toyota knows the Supra will be somewhat of a loss leader, just like Honda knew the new NSX wasn’t going to rake in cash, but they made them anyway. And brands like Kia and Hyundai know if they make high-quality, fun-to-drive cars, people will buy them.

We’re at a time where the cycle of fashion and history are coming back around, and the U.S. carmakers simply seem to be on the wrong side of it. Most watches have some sort of heritage built into them. But the TAG Heuer Autavia 1972 Re-Edition has more than most. The name Autavia comes from TAG Heurer’s history in auto racing and aviation — “AUT” from “auto” and “AVIA” from “aviation.” The 42mm 1972 Re-Edition is fashioned after the iconic 1972 Heuer Autavia 1163V Viceroy but contains modern updates like a two-register dial layout, a sapphire case back and a date window at 6 o’clock. This modern automatic chronograph update is a commendable addition to the Autavia family. Learn More: Here

Local man thwarts attempted theft of his pickup in Chubbuck |...