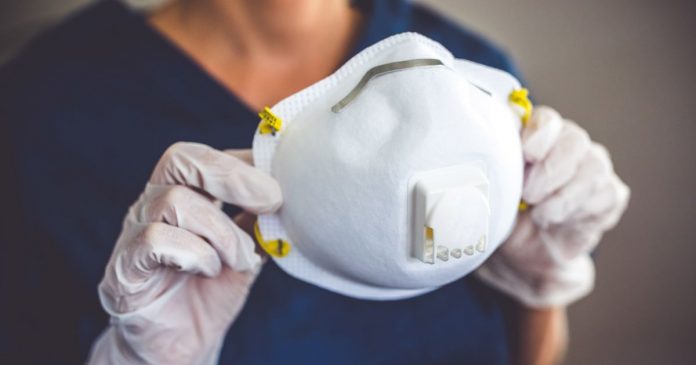 TORONTO — Ontario is trying to “water down” guidelines that give health-care workers in long-term care homes access to N95 masks, the union representing them said Friday, while the health minister said the province is grappling with a limited supply of the gear.

The province asked the Canadian Union of Public Employees to begin discussions about removing that access from the provincial rules because it believed the masks weren’t necessary in every setting in the facilities, the union said.

Ontario is also seeking to control use of the masks, which Health Minister Christine Elliott acknowledged Friday are in short supply.

“We woke up (Thursday) morning to one of our members who has just died of COVID on the front line, and you want to talk to us about watering down what we consider already weak protections for the front line,” Rennick said. “It’s a bit offensive.”

More than 1,700 workers in the province’s long-term care homes have tested positive for COVID-19, and at least four have died from the illness, according to provincial data.

CUPE, which represents 35,000 long-term care workers, said the latest fatality was a personal support worker in Orleans, Ont., who died from the virus earlier this week.

Rennick said the government needs to rethink its personal protective gear strategy in the homes because of the rising rate of infection among residents and staff. The province should secure more N95 masks and make them widely available to all staff in the facilities, she said.

“If the surgical masks are so great and everybody’s wearing them, then why do we have this wildfire spread?” she said.

The union also said the N95 masks are not widely available to workers despite the current provincial rule.

“They’re being told ‘No, no, you don’t really need that,’” said Rennick. “People say they have masks at their facility, but they’re somewhere in the facility under lock and key. They are not readily available.”

Workers should get the gear they want: minister

Health Minister Christine Elliott said the government is talking with long-term care home operators about ensuring workers are given N95 masks. If workers want the gear they should be getting it, she said.

But Elliott also said the province is talking with the unions about the use of N95s because of the limited supply.

“We had conversations with them yesterday,” Elliott said. “They certainly understand that there are limits to the number of N95 masks we’re able to procure right now because there is a global interest in acquiring them.”

Elliott said the government has also talked to the unions about the potential to reuse N95 masks if they can be properly disinfected.

“We are forwarding (the union’s) concerns to the chief medical officer of health for his consideration, but we absolutely want our front-line care workers to have the protection that they need,” she said.

In spite of Elliott’s comments, moments later Premier Ford said it’s “unacceptable” that long-term care workers are not getting the personal protective equipment (PPE) they require.

“We’ve sent out numerous letters, and it’s so frustrating hearing that the front-line people are having problems getting the PPE,” Ford said. “What I recommend — just call. Call my office. Call anyone. We’ll have it over there.”

Liberal House Leader John Fraser said Ford’s comments don’t reflect the reality experienced by many front line workers and its clear the province has a serious supply shortage of N95 masks. He called on the province to clearly communicate the supply situation.

… it’s so frustrating hearing that the front-line people are having problems getting the PPE.Premier Doug Ford

“It’s not good enough to say call my office and I’ll get you the N95s,” Fraser said. “It’s not that simple. It’s not the experience on the ground.”

“This has been an ongoing problem here in Ontario and that responsibility lies with (Premier Doug) Ford,” she said.

That brings the total number of cases to 19,598, an increase of 2.5 per cent over the previous day. Any decrease in growth rates appears to have stalled, with numbers jumping between 2.1 and 3.0 per cent this week. The total includes 1,540 deaths and 13,990 resolved cases.

The chief medical officer of health is looking for a consistent, two- to four-week decrease in the number of new cases before advising the province to move to its first stage of reopening the economy.

Elliott said that the numbers are more or less what provincial officials expected, that a gradual reduction in new cases would come with some spikes.

The government said it would provide more details soon on what the stages of reopening will entail.

Ford also mused Friday about easing restrictions for amateur golfers and tennis players, saying he was being lobbied hard by friends who golf, and noting that people can physically distance while playing those sports.

Criticism over premier’s trip to cottage

The premier faced some criticism Friday for visiting his cottage on Easter Sunday — days after urging Ontarians to stay home.

Ford said he drove up in his pick-up truck by himself early in the morning just to check on the property.

“On Sunday morning of Easter my team told me I got the morning off and it was the first time I got off in, I don’t know, two months and it was weighing on me because a couple of years ago we had burst pipes, made a terrible mess, thousands of dollars of damage,” he said.

The trip came days after Ford said at a news conference that he wouldn’t be travelling to his cottage that weekend.

This report by The Canadian Press was first published May 8, 2020.

Story about grocery store worker is testament to Publix’s transparency

Ford’s upcoming pickup truck might get the name Maverick

The Musk Ox and Me