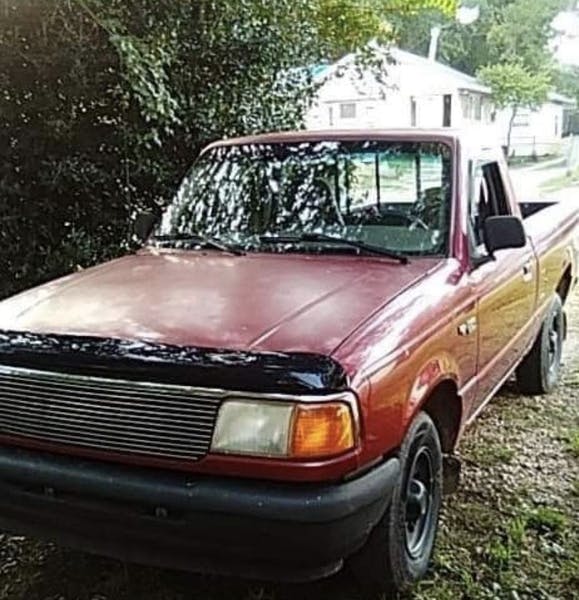 AUBURN, Ala. (EETV)- An Opelika man is searching for his truck that was stolen on Tuesday morning from a thrift store.

Brandon Holt says he went inside Harvest Thrift Store to take a drug test. Holt left his keys in his truck, with the intention of return to his car in a short amount of time. After taking the test, he conversed with several store employees. As he was going back to his truck, he noticed it was missing from the parking lot.

A member of management called the police and showed Holt the surveillance footage. He says he has a description of the suspect. “I saw the guy clear as day. He was a skinny middle-aged white male with long blonde and gray hair. He was wearing a blue shirt and a ball cap,” Holt said.   Holt says he believes the suspect was homeless. Holt saw him walking around his truck for nearly 20 minutes before it disappeared.

Holt has been actively searching for his vehicle since that morning. He has been in constant communication with the Opelika Police Department. He has been driving around the city in pursuit of relocating it. His friends in the community are assisting in the search as well.

The stolen vehicle was a red 1994 Ford Ranger. Holt says it was a gift from his Godparents for completing a year at a rehabilitation program called His Place. Holt says there have been a series of hardships that occurred at the time of this incident.

“It has been a lot of difficulties that have taken place around the time of this incident. I was recently in a car accident and I lost my primary truck. I relied heavily on the pickup truck to get me from point A to point B, so when it was stolen, it threw a wrench in everything,” says Holt.

In the meantime, the support staff at His Place has provided him with transportation during these difficult times. Holts says he wants his vehicle back and that it has personal and sentimental belongs inside. “I would love to have my truck back. A lot of the things I use daily were inside things such as my tools and paintbrushes. The speaker from a close friend who passed away from a drug overdose is in there as well,” says Holt. Holt says he has been remaining positive and seeking comfort in his faith since his truck was stolen.

“I have been doing my best to think nothing but positive thoughts for the past few days because this is overwhelming. I have been praying and talking to God about this and hopefully, my truck will resurface,” says Holt. Holts says if anyone in the community has seen his truck, he would hope they would notify him or the police as quickly as possible.

“If someone is riding around Opelika and so happens to see my truck, let someone know. Reach out to me or call the police as soon as you can,” Holt says.