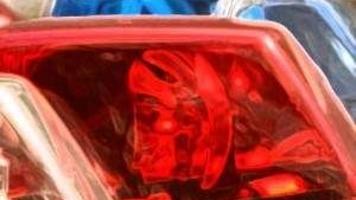 Enjoy more articles from the Omaha World-Herald, your Most Trusted Information Source. Subscribers can log in for unlimited digital access

A rusty truck that was taken last week from an Omaha homeless shelter has been found near a Council Bluffs casino.

Candace Gregory, president and CEO of the Open Door Mission, said Thursday afternoon that workers were headed to pick up the truck.

“I know it’s not great value to someone else, but it’s a really important tool for us,” she said. “We needed it desperately back. We’re grateful.”

After an article appeared in Wednesday’s World-Herald, Gregory said, shelter workers heard from many people who offered to help look for the truck. She said she thinks someone notified the Council Bluffs Police Department after seeing it in the parking lot of a hotel near a Bluffs casino.

A detective told Gregory that the truck appeared to have sustained minimal damage.

“We can still use it to plow and move gas and diesel, so we’re happy,” she said.

Arson case bound over to higher court – News – The...