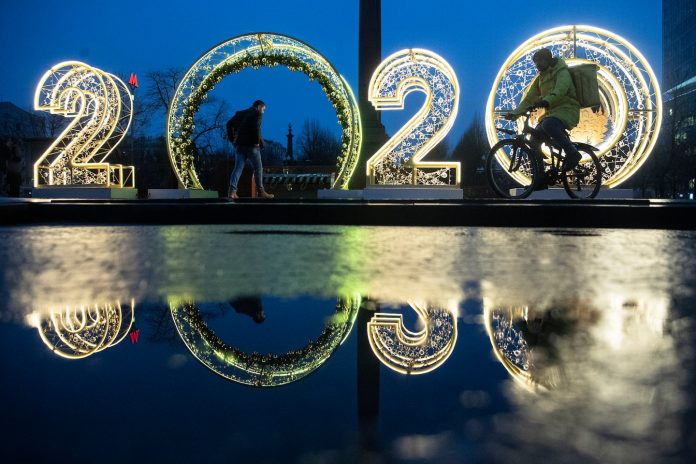 You may be fortunate enough to avoid covid-19, but we are all experiencing some kind of vertigo.

As the kids would say, 2020 was already extra before the pandemic hit. Massive Australian brushfires. The botched count in the Iowa caucuses. President Trump acquitted on articles of impeachment. An Iranian missile attack on bases housing U.S. troops. Kobe Bryant’s helicopter crashing into a mountain. And that was just the first eight weeks.

It has been a season of retreat where most of us, against our instincts, have tried to watch the world from a distance. The dispatches arrive on screens that serve as windows to a world gone sideways. There is a segment of society still going to bars and getting haircuts without donning masks or gloves or apparent concern for fellow human beings. Those “happy-go-luckys” don’t seem to believe in the science that says social distancing and protective gear will save lives and flatten a curve that looks like a steep stairway to heaven.

When we finally emerge on the other side — whatever that looks like — we’ll have a lot of work to do. As we go through the mental scrapbooking in an attempt to take stock, what are the images or moments or actions that will best define what we’ve just survived? Here’s what that catalogue might include so far:

●The long lines at the food banks.

●A family talking to Grandma through a closed window at the nursing home.

●A presidential candidate speaking to the world from his basement.

●Funerals where no one can get out of their car.

●The grocery store with empty shelves that used to be filled with paper products or dried beans.

●The essential workers on the early bus.

●The grocery cashiers behind plexiglass.

●The cops in riot gear. The tear gas in the streets. The attorney general in the park. The National Guard.

●The jogger hunted by the pickup truck.

●The violin-playing introvert stopped by police who injected him with a dose of ketamine.

●A knee in the neck. A face on the pavement.

●Black. With a capital B.

It is easier to focus on the intensity of a single moment because it feels less relentless that way. It is unrelenting nonetheless.

There are blessed moments of whimsy, resilience and character. We spy them in our partners and spouses and co-workers — and in perfect strangers. We send up a little mantra of gratitude when we witness them.

We see how confinement has stoked creativity: We see choirs singing together in a trellis of little videos, we hear DJs who turn the world into their dance floor, we “go to” Zoom parties, and we watch TikToks of families dancing in unison with skill and abandon as if James Brown and Fred Astaire had traveled back to Earth for private lessons.

We have taught ourselves how to adapt. How to survive. How to sacrifice. How to find laughter despite despair. How to find courage. How to remain tethered in our collective solitude, which has been so much easier for some than for others. There are too many without food. Too many have lost jobs. Too many who will face eviction. Hopefully, that won’t be another outrage normalized.

As we celebrate the anniversary of our independence this year, that word serves up extra helpings of irony. We are all chained to new rules, new mandates, new markings that tell us where to stand, where not to sit. We are also realizing as a nation that we are chained to a difficult history that has caught up with us amid a global standstill. A long-armed ghost that demands a reckoning.

This virus reminds us that we are connected to each other. Our history is shared. Our survival depends on collective action to protect ourselves, to protect others, to protect the idea of tomorrow or next month or next year.

But first we have to get through the rest of this year.