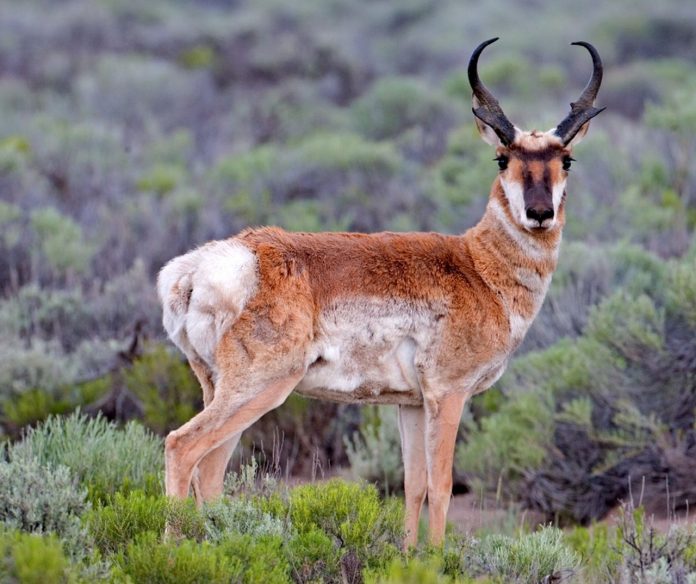 An Oregon man was arrested in May for intentionally running down a group of six pronghorn antelope in central Oregon, officials said Thursday.

Michael Scott Phillips, 48, of Christmas Valley, “told authorities that he did it because he hates pronghorn,” the Oregon Department of Fish and Wildlife said in a statement.

Phillips admitted to the incident, officials said, telling investigators that, on April 26, he came across the group of animals standing on Fossil Lake Road near Christmas Valley, accelerated to around 60 mph and struck the pronghorn with his truck. Investigators found no sign he attempted to slow down or stop.

Oregon State Police who responded to the scene found five females and one male pronghorn. Their horns had been removed and one of the females had been cut open and an unborn fawn had been removed from her body and placed on top of her carcass, officials said.

The incident occurred during fawning season and she likely would have given birth within a month.

Investigators received a tip that Phillips had been heard bragging about the incident, saying he had hit the animals, left to get a hamburger and then returned to collect the horns as trophies.

In late May, investigators served a search warrant at Phillips’ home and found the animals’ horns and other evidence from the crash. He admitted to the crime, officials said, and was arrested on felony charges including aggravated animal abuse, unlawful take and possession of antelope, and waste of a game mammal. He remains lodged at the Lake County Jail.

Yvonne Shaw, anti-poaching campaign coordinator with the state, said incidents like this one take more than the lives of animals.

“When people poach, they steal from all of us,” Shaw said in a statement. “Coming across a herd of pronghorns is a once-in-a-lifetime experience that most Americans would hold as a treasured memory. Instead, a poacher has robbed the animals of their lives and everyone else of the experience.”

A fracking threat we can’t afford