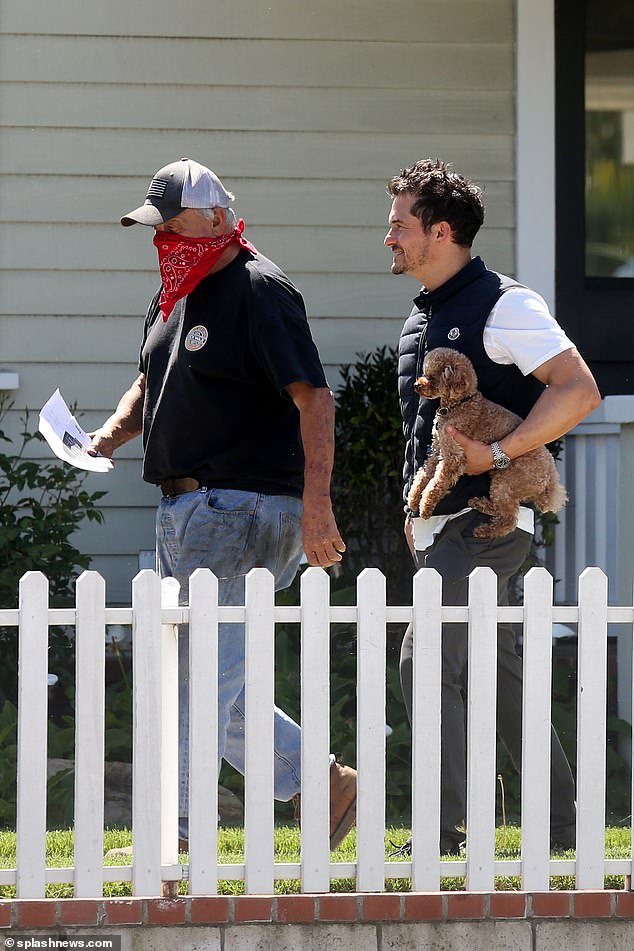 By Katie Storey For Mailonline

He is rarely seen without his adorable pet pooch Mighty, with the pup even joining him at Men’s Fashion Week back in February.

And as he stepped out to pick up his vintage Ford pickup truck after having it repaired, Orlando Bloom was once again joined by his dog.

The actor, 43, cut a casual figure as he scooped Mighty up under one arm as he checked over his vehicle in California on Monday.

What a team: Orlando Bloom, 43, was seen with his pet pooch Mighty as he stopped by to pick up his vintage Ford pick up truck in California on Monday after having it repaired

Dressed down in grey jeans, a plain white t-shirt and black padded gilet, Orlando seemed in good spirits as he gave his vintage ride a once over, under the careful watch of his canine companion.

The Carnival Row star was then seen stopping to fill up his truck with gas and adhered to health and safety guidelines during the coronavirus crisis, as he used a paper towel as a barrier between his hand and the gas pump.

Mighty was cutely seen sitting in the front passenger seat, as Orlando, who also has another miniature poodle named Nugget, drove off.

Orlando is set to become a dad again, as he and fiancée Katy Perry are expecting their first child together. 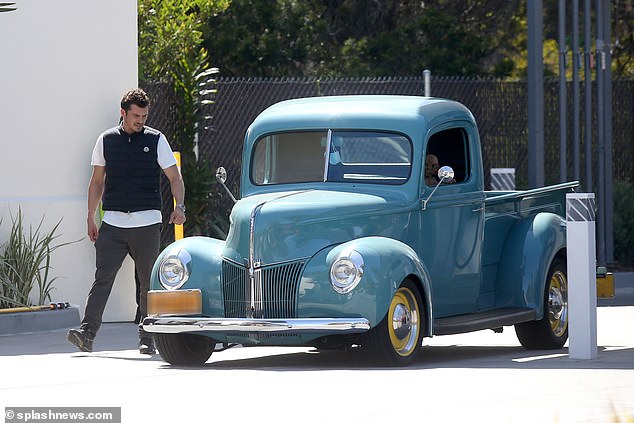 Good as new: The Carnival Row star was seen checking over his truck as he picked it up 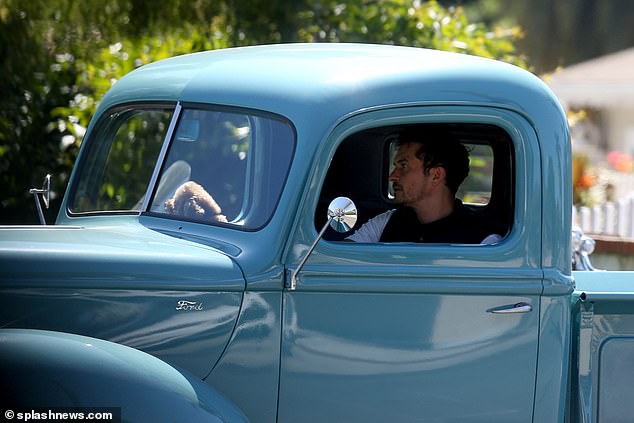 Orlando is already dad to nine-year-old son Flynn, whom he shares with ex-wife Miranda Kerr.

Sharing her pregnancy news at the beginning of March, Katy told fans: ‘I’m excited, we’re excited and we’re happy – and it’s probably the longest secret I’ve ever had to keep.’

The couple are believed to be expecting a daughter, with Katy due to give birth this summer. 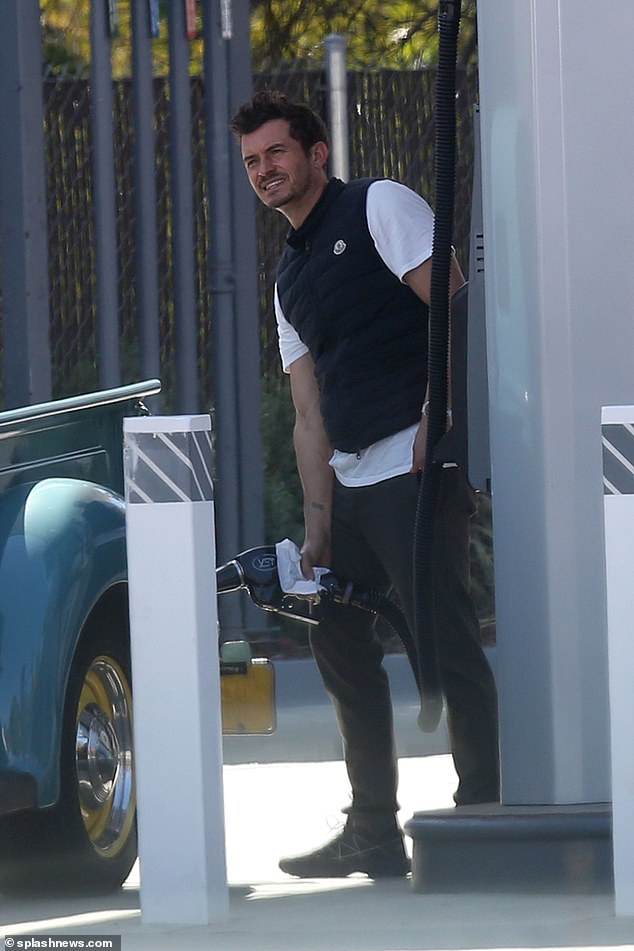 Taking precautions: Orlando made sure to adhere to health and safety guidelines during the coronavirus pandemic while filling up his truck with gas 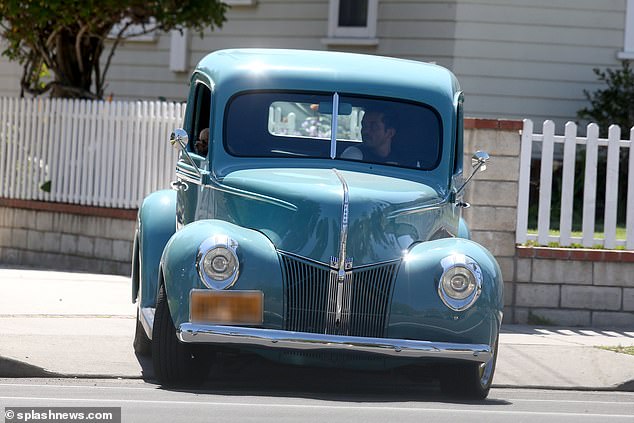 Shotgun: Mighty was seen riding up front with Orlando in the front passenger seat 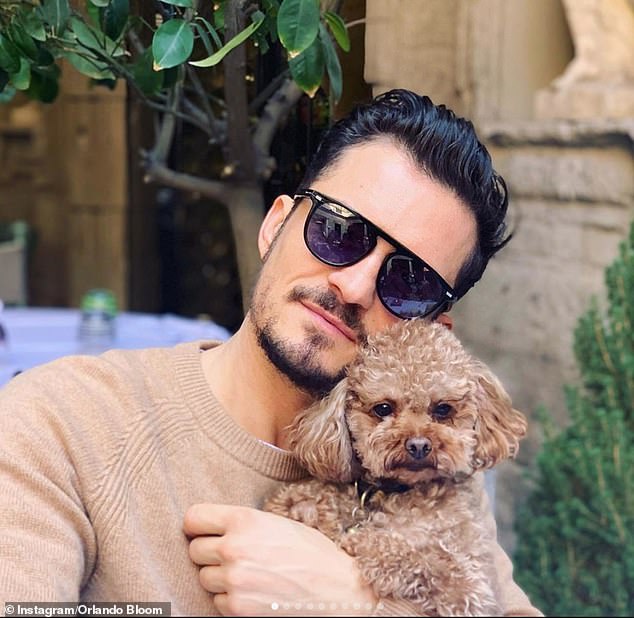 Man’s best friend: The star is rarely seen without his pet pooch Mighty and has another miniature poodle called Nugget

Last month, singer Katy, 35, announced the passing of her grandmother Ann Pearl Hudson and reports claim that she is set to name her baby girl after her relative.

A source revealed on THE NAUGHTY BUT NICE WITH ROB podcast that she plans to name her daughter after her grandma.

They shared: ‘[Katy] plans to name her Pearl or Hudson or Ann.’

‘Katy believes that it is no coincidence that as her granny’s soul leaves the earth, another soul arrives,’ the source added.

Katy and Orlando first began dating in 2016 and after getting back together following a brief split, the couple announced their engagement on Valentine’s Day last year. 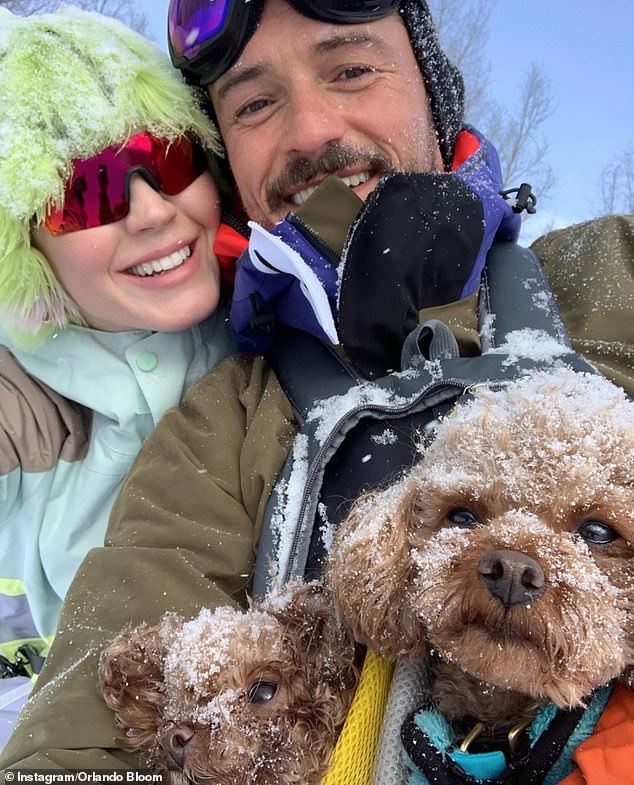 Parents-to-be: Orlando is expecting a baby with fiancee Katy Perry (pictured above), he is already dad to nine-year-old son Flynn