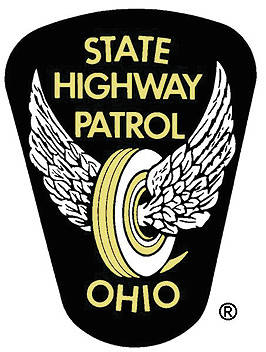 BLANCHESTER —A Blanchester man was killed Saturday morning when a truck ran a stop sign and struck his car, according to the Ohio State Highway Patrol.

Troopers from the Wilmington Post of the Ohio State Highway Patrol are currently investigating the two-vehicle crash that occurred on Columbus Street and Cherry Street in Blanchester.

On Saturday at approximately 8 a.m., Michael Conley, 38, of Blanchester was southbound on Columbus Street approaching the intersection of Cherry Street and State Route 28 in a 2012 Chevrolet Volt.

Timothy Wyatt, 24, of Hamden, Ohio was westbound on State Route 28 in a 2019 Freightliner box truck approaching the same intersection.

The OSHP stated Wyatt failed to yield from a stop sign and struck the Conley vehicle on the left side. Both vehicles traveled off the south side of Cherry Street. The Conley vehicle came to rest near a fence and the 2019 Freightliner drove into the Autozone store causing serious structural damage.

Wyatt was transported to Clinton Memorial Hospital where he was treated and released.

Conley was pronounced dead at the scene and transported to the Montgomery County Morgue by the Clinton County Coroner’s Office.