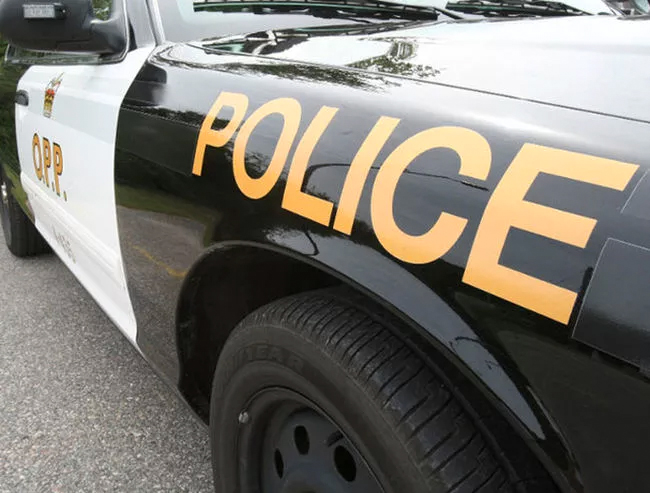 A man and woman face charges after OPP officers used a spike belt to stop a stolen pickup truck fleeing from police northwest of London.

Huron County OPP alerted their counterparts in Middlesex County to a stolen pickup travelling south on Highway 21 shortly after midnight Saturday. Officers saw the vehicle speeding through Lucan, but decided not to pursue it for public safety reasons, police said Tuesday.

The pickup was later spotted on Ilderton Road, where it failed to stop for police before heading toward Hyde Park Road. Officers used a spike belt to deflate two of the vehicle’s tires, police said.

The truck drove across a field before getting stuck in the mud. Two suspects fled but were arrested, police said, adding stolen property was recovered.

A London woman, 26, and Thames Centre man, 27, face a combined dozen charges including dangerous operation of a vehicle, possession of stolen property and flight from police.

Rollover into the tree line; Everyone ejected from pickup – KSNF/KODE – FourStatesHomepage.com

Pickups Trucks Are Outselling Cars In 2020