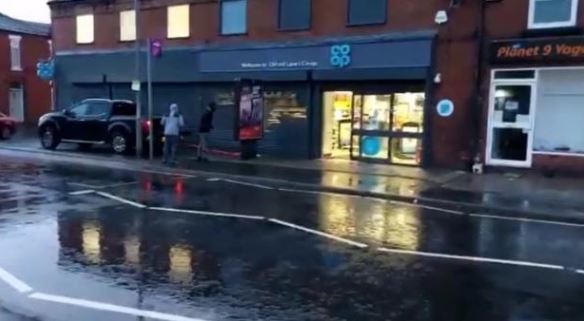 TWO men have pleaded guilty to robbery after a convenience store in Orford was ram raided last month.

The Co-op on Orford Lane was targeted shortly after 9pm on Monday, June 15, with video footage of the incident shared on social media.

It showed a black pickup truck with a rope attached attempting to break into the cash machine in the shop’s entrance.

The pair, aged 31 and 26, will be brought back before the court for sentence next month.

Shocking video footage of the offence pictured two men entering the Co-op store, one wearing a grey hoodie with the hood up and the other in a black top being masked.

They were then seen driving away along Forshaw Street, having stolen what was described as a ‘little box’.