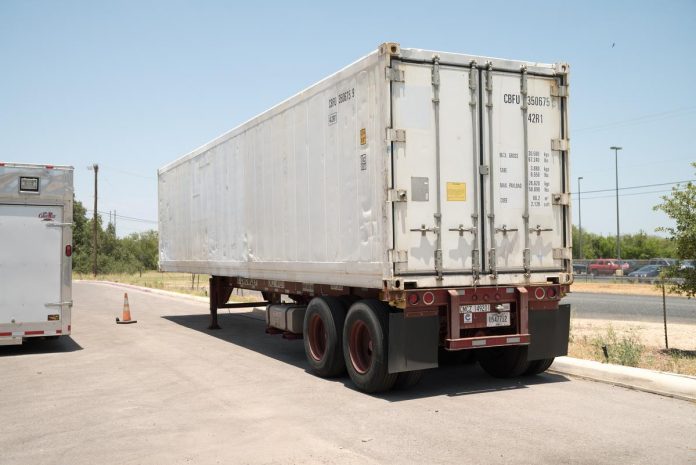 (Reuters) – Arizona and Texas counties hit hard by COVID-19 are ordering coolers and refrigerated trailers to store bodies as their morgues fill up, authorities said on Thursday.

Arizona’s Maricopa County, home to the state’s largest city, Phoenix, is bringing in 14 coolers to hold up to 280 bodies and more than double morgue capacity ahead of an expected surge in coronavirus fatalities, officials said on Thursday.

In Texas, the city of San Antonio and Bexar County have acquired five refrigerated trailers to store up to 180 bodies as some morgues at hospitals and funeral homes reach capacity, Mario Martinez, San Antonio Metro Health assistant director, said in a video.

New York used dozens of refrigerated trailers in April as its daily COVID-19 deaths exceeded 700. The appearance of mobile morgues in Arizona and Texas reflects that the pandemic appears to now be spinning out of control in southern U.S. states.

“We are likely to see the trends of deaths rise over the next two to three weeks,” Maricopa County health director Marcy Flanagan told a news briefing.

Coolers in Maricopa will be located at the medical examiner’s office, which stores around 20% of bodies in the county. Many hospitals and funeral homes that hold the rest are at or near capacity, said Flanagan and county spokesman Fields Moseley.

Phoenix-based Abrazo Health Network has morgue space but has ordered refrigerated storage to have additional capacity if needed, a spokesman said on Thursday.