With the apparent failure of Parkman Township’s continuous 5-mill fire levy, the township trustees and the fire chief are examining what went wrong and if or when another levy should be put on the ballot.

With the apparent failure of Parkman Township’s continuous 5-mill fire levy, the township trustees and the fire chief are examining what went wrong and if or when another levy should be put on the ballot.

As of April 28, the Geauga County Board of Elections unofficial results showed 139 votes for and 331 votes against the levy.

Fire Chief Mike Komandt said there was a lot of confusion among residents due to some wrong information circulated before the election — which was extended from March 17 to April 28 and designated a mail-in only election due to the COVID-19 pandemic.

“There was misinformation at multiple levels,” he said during a phone interview April 30. “This levy got more publicity through the newspapers than any other levy in the past.”

He also said negative social media posts and the lack of participation in the mail-in election could have affected the outcome.

Trustee Roger Anderson took the blame for some of the misinformation distributed. As a supporter of the levy, he put together the campaign material.

“I made an error in calculating the amount of money each person would pay,” he said in a phone conversation April 30. When using the county’s formula, he mistakenly used the market value of a property to figure how much a homeowner would pay if the levy passed.

The correct figure to use in the formula would have been the taxable value of the property, he said.

“I’m a rookie. I made a major mistake,” Anderson said, adding he is in his first full term as trustee and he does not intend to run again.

Another contributing factor to the levy’s failure was a letter from a Parkman resident published in the April 2 Geauga County Maple Leaf erroneously claiming the fire department would be receiving millions of dollars a year if the issue was approved, he said.

Although there was time for Anderson to send in a rebuttal to the letter, he did not.

“(That letter) was not worthy of a response,” he said, adding the letter to the editor included some alleged issues with the fire chief.

“It was so foul, so off the mark, I thought if I gave an answer, people would think I was trying to cover up, so I didn’t rebut,” Anderson said.

The fire department can afford to continue to operate as it does now for another three to four years, Komandt said.

The continuous 5-mill levy would have provided enough funding to staff the fire station 24/7, add sleeping quarters onto the station and purchase needed fire trucks and emergency medical service vehicles for 20 to 30 years, he said.

Equipping a fire department and paying firefighters and medical personnel is expensive and the continuous levy would mean a steady source of funding, he said.

According to the Geauga County Auditor’s Office website, the fire levy, if passed, would have cost homeowners $175 per year per $100,000 property valuation and would have yielded $362,658 annually in perpetuity.

“We were being proactive with that levy,” Anderson said.

The fire station is staffed 15 hours per day with one paramedic and another firefighter/EMT, he said.

When Parkman’s department can’t answer a call, it is covered by neighboring departments, he said.

With a road levy renewal on the ballot in November, Anderson said he did not know if the trustees would be willing put the fire levy back on at the same time. They would have to make a decision within the next two months.

Finding out what residents want would be one step toward deciding if a levy should be reintroduced, Komandt said.

“It’s disheartening. I didn’t think it would fail to the (degree) it did. We need to reach out to some areas of the township to see what people really feel,” he said. “We need 24/7 coverage.”

The board of elections was still counting mailed-in ballots as of May 5. Results will not be certified until May 15. 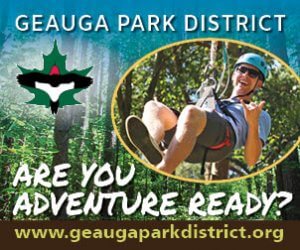 Government promises increased patrols after delivering 50 pick-up trucks to the...

Beautiful and warm weekend in store

Support the newest warriors: Those on the frontlines of the Covid-19...