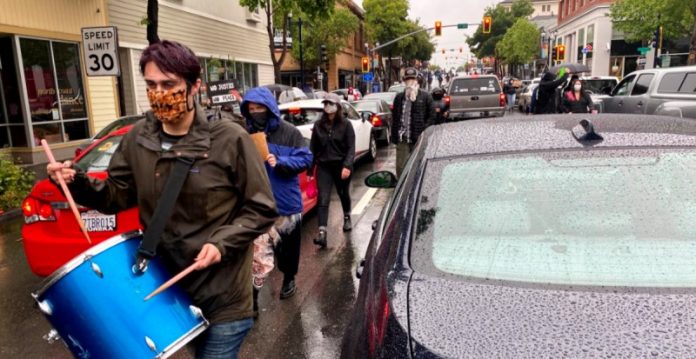 On Memorial Day, May 25, George Floyd died under the knee of a white police officer on the dark asphalt of a city street across the country from rural Humboldt County. Ripples from his death pushed crowds sheltering in place from their homes here last Saturday and still continue to move people to march in protest as this next week opens.

Even as rain fell at noon on Saturday, May 30, the first protesters gathered in the small town of Garberville determined to show their solidarity with those angry at Floyd’s killing. About twenty people chanted and cheered together at the event that lasted a little over an hour. 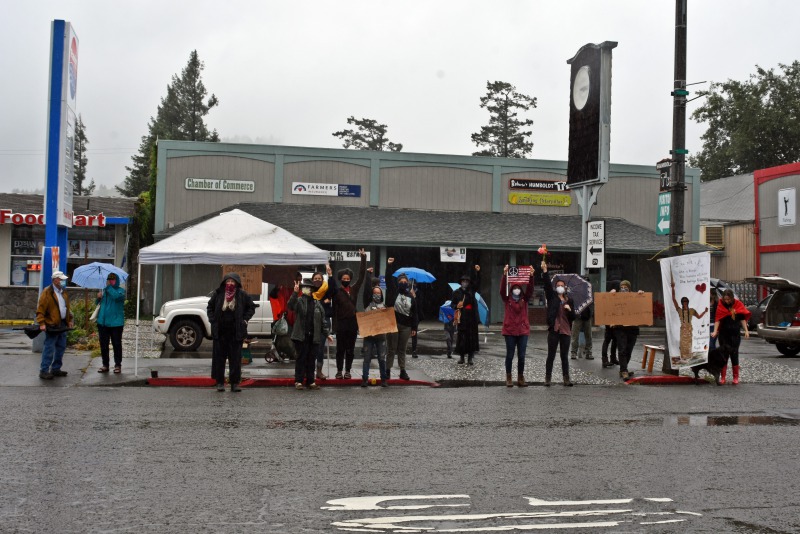 A popup tent provided some shelter for the undaunted attendees at last Saturday’s protest in Garberville. [All photos and video by Talia Rose]

As the small crowd in SoHum completed their call for justice, a new, much larger group began gathering further north, at the Courthouse in Eureka. 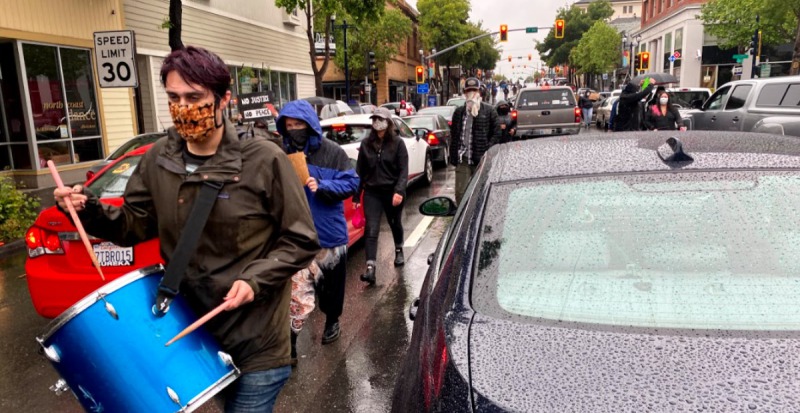 As rain falls, a man beating a drum leads a
crowd protesting police brutality against traffic in Eureka on Saturday. [Crop of a photo by Mark McKenna]

By 4:30 p.m. on Saturday, reports of protesters setting off firecrackers and punching out the windows of at least one passing car punctured the initially peaceful though passionate protest. 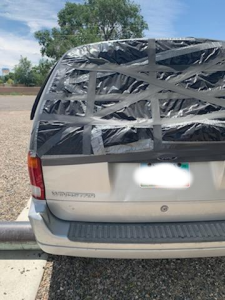 The owners of the car reported to EPD that protesters had repeatedly punched it. [Image from the owners taken after the window had been taped up. The license plate has been covered.]

Each part of the demonstration seemed to have its own personality. Peaceful passion on one end:

Rage at law enforcement boiling over in other areas. In the video below, one protester called police “pigs” and another pounded on an occupied police cruiser until glass shattered as EPD officers appeared calm and restrained.

A pickup, holding counter protesters, sped through the one part of the crowd with a passenger flipping an obscene gesture to the demonstrators. Participants in the march demanded police arrest the occupants for reckless driving but it fled the scene. 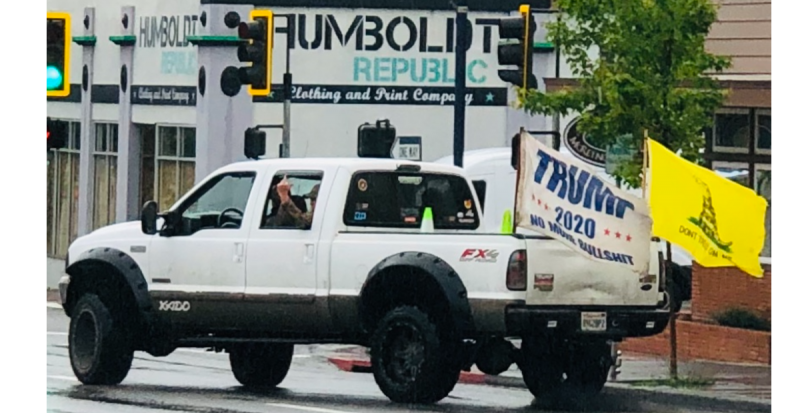 A large white pickup held a small counter protest while flying a Trump 2020 flag. Photos on social media showed the same truck flying a Confederate flag at a different time. [Photo provided by a witness]

Around the same time, a red jeep struck two protesters, carrying at least one on its hood for a short distance before fleeing the scene. Neither of the victims were badly injured. See video embedded below.

Eureka Police are investigating both incidences.

The EPD later reported that several officers were assaulted.

The small city seemed to tremble on the edge of something dangerous. Officers wearing full SWAT gear began assembling.

And then slowly, as the sun set, the community returned to quiet and peaceful protest. 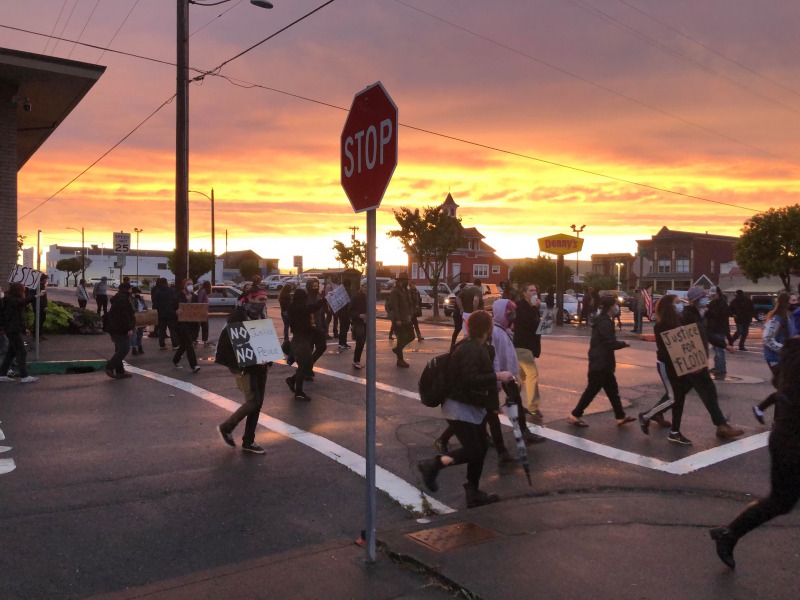 Earlier Chapters on the Protests over George Floyd’s Death in Humboldt County:

At least 2 people dead after shooting