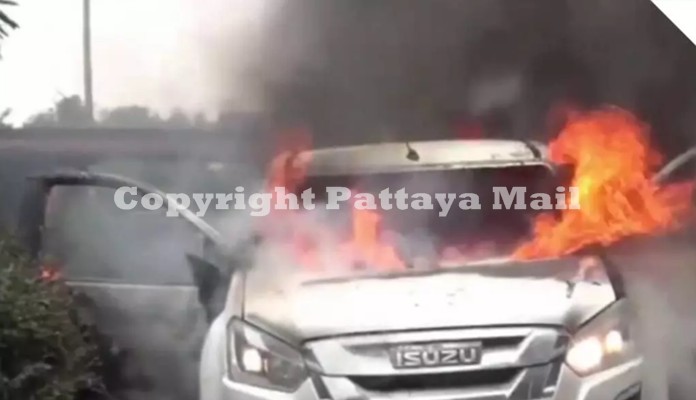 After fighting with his wife, a Chonburi husband figured he’d show her by lighting his own pickup truck on fire.

No one was hurt after the fiery spat in Panthong District. Firefighters needed about 30 minutes to extinguish the burning truck, which was parked in front of the house of the unidentified man’s mother-in-law.

It’s unknown what started the fight, but the belligerent hubby decided he’d finish it by pouring gasoline over the truck’s seats. Not sticking around the see what else he planned to burn, the unnamed wife took off on a motorbike with a friend.

The husband followed in very hot pursuit after he lit a cigarette, igniting the gasoline under him. He jumped out of the truck before being barbecued, but the truck was a goner.