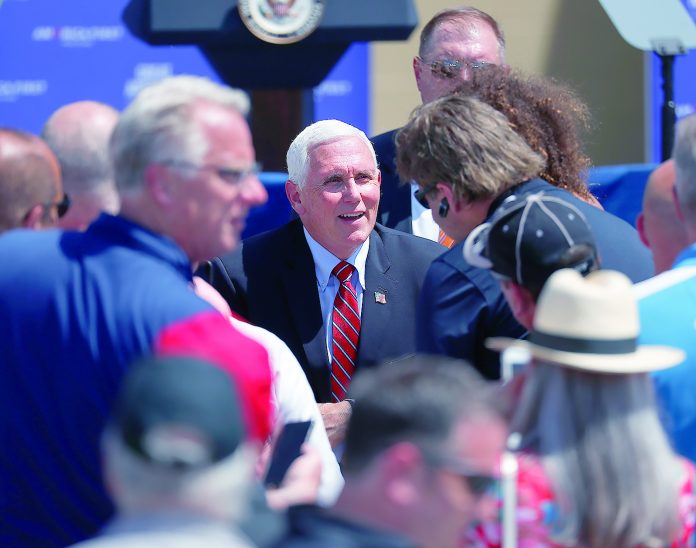 Pence will tour the plant and preview the Endurance before the reveal, according to Lordstown Motors. He’s also expected to speak at the plant before participating in an event with law enforcement and community leaders before returning to Washington, D.C., later in the evening, the White House announced late Monday.

Lordstown Motors CEO Steve Burns said company officials had been speaking with Pence’s team for a while regarding the visit, but couldn’t say more until official word came from his office.

“This is kind of the technical launch of a product, (so) you don’t normally get the White House attending something like that,” Burns said Monday night. “Because the product is so significant for the country and the region, the first electric pickup truck is big deal, we’re just honored and I think he realizes it’s good for Americans to make things, (but) I don’t want to speak for him … We’re excited to have him.”

Because of Pence’s inclusion, the day’s schedule has been reworked.

Rather than 6 p.m., the event is now set to begin at noon. Also, Gov. Mike DeWine, who was scheduled to have press availability Thursday, will now entertain the media today.

Lordstown Motors continues to work closely with the Ohio Department of Health and the Trumbull County Combined Health District on logistics for a safe and sanitary event amid the viral outbreak.

All attendees will be required to complete a COVID-19 release waiver prior to entering the event and temperature checks will take place at the entrance, according to the company. Anyone who fails the temperature check will not be allowed in the building.

In addition, guests will be provided a face mask and hand sanitizer.

The company is strongly urging staff and guests to wear face masks during the event, but it is not a requirement for attendance. Also, guests during the event will be required to sit in chairs that are appropriately socially distanced.

The launch will be livestreamed on Lordstown Motors’ YouTube channel. More details on that will be released closer to the event.