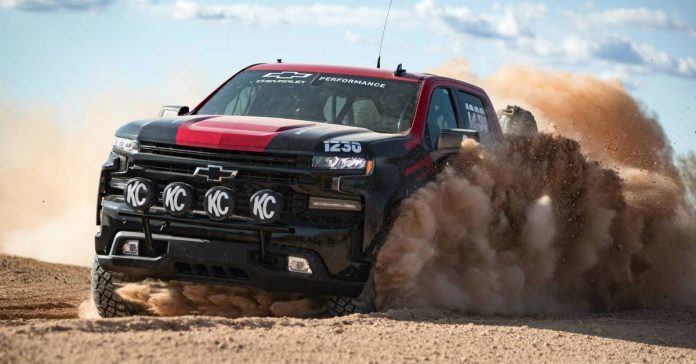 When talking about myth, what comes to mind is making decisions with the lowest available information based on the common belief. Yes, that’s true. Looking at small deeds of people and asking them why will definitely lead one to believe myths have survived a long way.

These beliefs may not hurt when they’re about private life, but when these myths become related to cars, they may endanger safety and money as well. Sometimes what one might think about the mechanism of a vehicle might logically sound right, but the specific running law is somewhere else buried under mentioned misconceptions. Besides, these myths, before buying a pickup trucks, may deviate from purchasing the right choice. What is considered as fact will satisfy needs but not personal hallucinations and dreams.

The following is the list of some myths flying around pickups. This article doesn’t mean that misconceptions are limited to pickup trucks; better to say, more tales lie here.

Many truck manufacturing company might decide to show off that they produce the most efficient vehicles in terms of towing and payload. Still, the reality might be on the contrary. Here, the combination of the truck itself and its trailer exists, which means, as the car gets more massive, the container has to be lighter.

For instance, RAM advertises a new model that is capable of towing 19.780 lbs, but the fact is that the most popular model, which is a 4WD one, can pull a maximum weight of 19.040 lbs.

9 A Pickup Truck Can Haul Anything

If someone owns a pickup truck or wants to have one, they need to make sure it performs safely and adequately. Trucks and trailers can handle so much load, but they all have a maximum limit. Passing a truck’s threshold might adversely affect the tires and the vehicle’s braking. Also, it puts extra weight on the driveline.

RELATED: 25 Myths About Pickups That People Should Really Stop Believing

Owners should be aware of your Gross Vehicle Weight Rating (GVWR) as a maximum weight of cargo and passengers which a truck can take and Gross Combined Weight Rating (GCWR) as truck, trailer, and both loads weight.

Undoubtedly when someone first hears a company declaration about a full-body aluminum truck (with a layer of steel under), they realize that the truck manufacturer might struggle. The manufacturer announced that the new material is going to be “military-grade” aluminum, while such a thing doesn’t exist. So, what’s the story behind it?

In fact, this company decided to produce its trucks with the same aluminum used in military vehicles. But the US department of defense has elaborated on the material they use, which is called Mil-Spec, and declared that the manufacturer had not done the same.

7 Put Four-Wheel Drive On and Go All Terrains!

A truck owner might imagine themselves climbing mountains with the ability of the four-wheel drive. But before they pack up the stuff, they should notice some extra points. There exist two types when talking about the four-wheel-drive system: part-time and full time.

In the prior one, all wheels turn at the same speed, and in facing corners, such a system may get a negative mark as extra wear is put on the tires. But in case of a full-time 4WD, wheels spin at different speeds and give the driver the freedom to drive on hard surfaces too.

Still, many drivers think they have found out the running mechanism here that by opening the tailgate drag and fuel consumption are reduced. Against what people might think, the mentioned functionality doesn’t operate by pushing air against the closed tailgate to increase the height and emancipating the air to lower the truck.

RELATED: Setting The Facts Straight On These 15 Common Car Myths

Actually, pickups by default are designed to have their tailgates up, and what is involved here is the air bubble that bounces. So, by opening the tailgate mentioned bubble disappears and the fuel consumption, unlike the common belief, increases.

When it comes to trucks, everything should look in its extreme, and tires are not an exception here. But let’s make something clear here; the functionality that wide tires offer is not something extraordinary that skinny tires fail to achieve. For example, skinny tires, unlike the wide ones, don’t follow chasms and grooves on the road.

However, keep in mind that depending on the surface, your choice may vary. According to Truck Inventory, “in bottomless mud, you want something that floats along the top, but in the mud with a hard bottom you want something skinny that’s going to dig to the hardpack.”

4 Heavier And Bigger Trucks Are Better

In recent years, the demand for bigger trucks has risen, and companies in response to that have produced giant trucks not to fall behind the running competition in the market. This situation may continue and result in an irony that giant vehicles just show off their potential in climbing and never practice conquering hills.

RELATED: 15 Biggest Pickup Trucks Ever Made

Fortunately, some companies, like Toyota and Nissan, still honor the functionality by producing mid-size pickup trucks. Therefore, it’s better not to be impressed by the cover and see the needs before putting it on the list.

3 Diesel Pickups Are Better For Towing

A driver who dreams of having a pickup truck, indeed, is preoccupied with the notion of towing and the related power to satisfy that need. They google for more power and come across pickups with diesel engines.

Although in some diesel pickups, like 2018 RAM 3500 SLT, for the higher torque, the towing ability is better compared to gasoline ones, this isn’t a fact about all diesel pickups. Add this to the high cost of maintenance. However, it’s fair to mention that some diesel pickups, thanks to the exhaust brake, reduce the brake wear, which makes them the right choice for towing.

2 Pickups Are Not A Reliable And Fuel Efficient Urban Vehicle

In some countries, using pickups as a family car for urban journeys isn’t very common since there is a misconception saying that they aren’t fuel-efficient and safe. Pickup trucks have a terrible reputation for being gas guzzlers and not providing safety features for the passengers.

However, according to Canada’s fuel consumption rating research tool, the consumption of pickups equals most minivans, and Ford F-150 offering 5-star safety rating strives for the highest industry standards. Of course, the model that the individual chooses is of great importance too.

Some people might consider that a heavy truck with all-wheel-drive can lag behind any obstacle on its way. This is somehow true, but when it comes to snowy roads, be careful that such functionality is useful for moving from a dead stop; and in handling, traction, and stability other factors like the width of the tires and particular snow tires mind.

Moreover, in rear-wheel-drive pickups trucks, the spinning rear wheels may result in fishtailing and losing traction as well.

NEXT: The 25 Strangest Facts About Trucks That Nobody Knows

Stop power tools gathering dust in your garage; use a tool...

Five ODOT crews struck in just over a week – News...