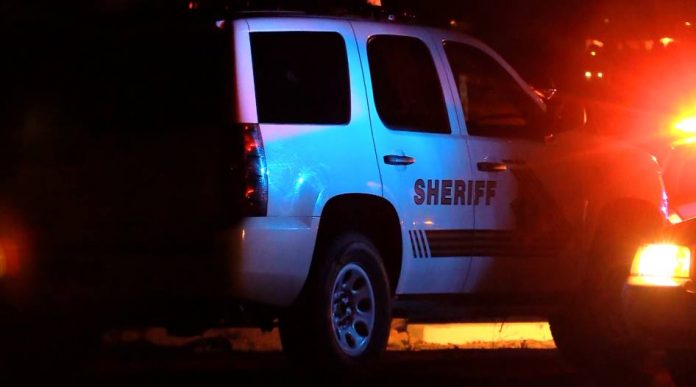 PHELAN, Calif. (VVNG.com) — Police arrested a suspect wanted for stealing approximately $90k work of property during a residential burglary only to be released from custody due to the state’s current $0 bail policy amid the COVID-19 pandemic.

On Saturday, April 18, 2020, Deputy Andre Hahalkin from the Victor Valley Sheriff’s Station and responded to a residential burglary in the 1800 block of Trinity Road in Pinion Hills.

Sheriff’s officials said the victim reported his home was burglarized and approximately $90,000.00 dollars in property was stolen.

“These Items included an off-road side by side UTV, dirt bike, 4×4 rock crawler truck, saddles, tools, and paintball gear. During the investigation, the victim received information via a Facebook post the Rock Crawler was seen in Phelan,” stated a sheriff’s news release.

On April 20th during the early morning hours, Deputies Schuler, Peterson, Sandles, and Sanchez searched for the vehicles in Pinion Hills. At approximately 1:00 am, they located the stolen side by side and arrested the suspect, Anthony Riker, 25, a resident of Phelan, in the area od Fort Tejon Road and 243 Street.

The next day at about 10:00 am, deputies continued their investigation which led them to the 7000 block of Buckwheat Road in Pinon Hills and while conducting surveillance in the area, Hahalkin spotted one of the stolen motorcycles behind a property.

“Deputies made their way to the residence and contacted Riker a second time, after his release the day prior due to the statewide $0 bail order,” stated the release. “During a search of the residence and the nearby area, they located most of the property reported stolen in the residential burglary including the Rock Crawler truck, motorcycles, tools, and saddles.”

In compliance with the statewide Emergency Bail Schedule, issued by the California Judicial Council, bail for most misdemeanor and felony offenses must be set at $0.

Due to this criteria, Riker was booked at High Desert Detention Center on April 20th and released from custody following the booking process.