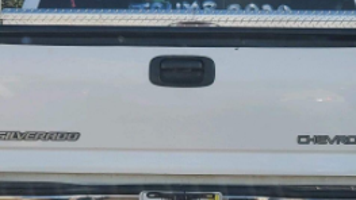 A photo allegedly taken in Lincoln of a pickup truck with a racist slur painted on its back window was shared widely on Twitter on Saturday night.

The photo, which depicts a white Chevrolet pickup truck with the racist slur painted in large red, white and blue lettering, was retweeted by retired professional basketball player Rex Chapman, who has more than 945,000 followers.

“Sick of this (expletive),” Chapman tweeted. “Twitter do your thing… #BlackLivesMatter.”

Chapman’s tweet prompted Twitter users to search public records for information on the vehicle, which had Fillmore County plates. Commenters listed the owner’s name and place of employment.

The World-Herald was unable to reach the truck owner Saturday night.

Our best staff photos of August 2020

Get local news delivered to your inbox!

Chaos reigns as rations get doled out in red zones