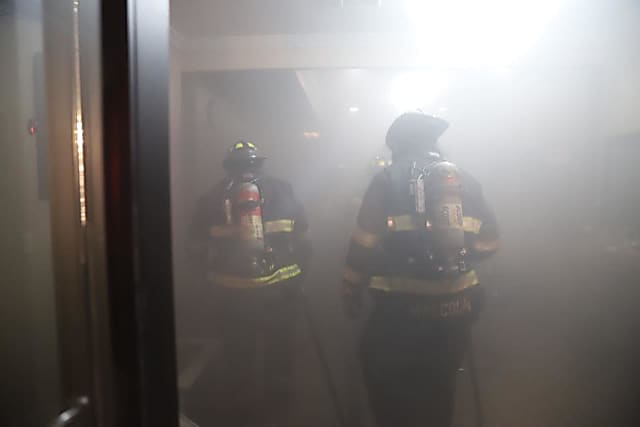 A fire that broke out in the kitchen of a McDonald’s in Westchester was knocked down before it could spread through an entire city block.

Crews from the Mount Vernon Fire Department responded at approximately 7:40 p.m. on Wednesday, Aug. 12 to McDonald’s on Gramatan Avenue, where there were multiple reports of smoke spreading to adjacent buildings.

According to fire officials, upon arrival, crews found heavy black smoke and the fire could be seen shooting from the roof.

Officials said that the fire traveled into the air ducts of the three-story commercial building.

Mount Vernon firefighters, with an assist from the Eastchester Fire Department and a ladder truck loaned from the FDNY, were able to knock down the fire and contain it before it spread.

“Thankfully, the truck we received from NYC was available, or else an entire city block would’ve gone up in flames,” Mount Vernon Mayor Shawn Patterson-Howard said. “This is why I’ve taken public safety seriously by advocating for equipment and leadership. Thank you (Mount Vernon firefighters) for your quick work and preventing an incalculable tragedy.”