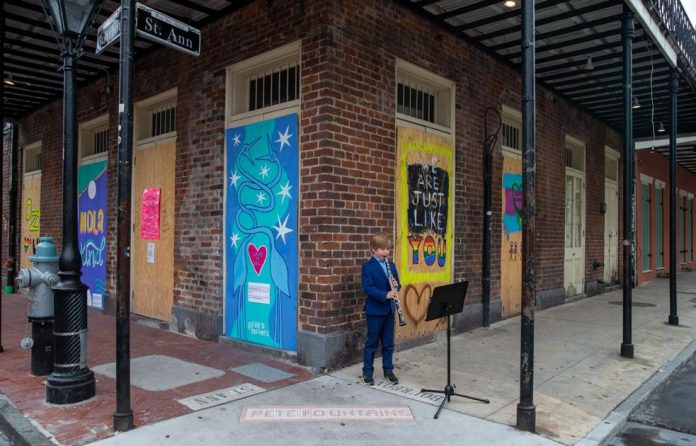 Leo Duchaine, 75, left, eats cereal after taking a break from using a hacksaw to cut away metal security pipes in front of the Save A lot grocery store, after an accident at the corner of Carrollton Ave. and Earhart Blvd. in New Orleans, Friday, May 8, 2020. Duchaine said his back bumper was clipped. After giving a police report, he was told that it was his responsibility to remove the truck. He and his older brother Dick, 83, spend the entire day hacksawing the metal pipes our from under the truck. By 6 p.m. the two drove off. (Photo by David Grunfeld, NOLA.com, The Times-Picayune | The New Orleans Advocate)