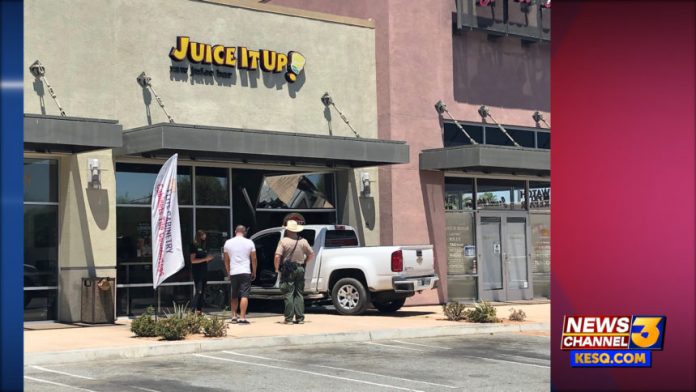 A pick-up truck crashed into the “Juice It Up” off Highway 111 in La Quinta Monday morning.

Authorities at the scene told News Channel 3 that the driver, believed to be about 60 years old, mistook the brake for the gas pedal and drove straight into the building.

There were patrons and employees in the business at the time of the accident. Authorities said a couple of them sustained minor cuts from breaking glass but also no one was hospitalized.

Drugs and/or alcohol are not believed to have played a role in the crash.

Pictures show truck in sea in Margate near harbour arm