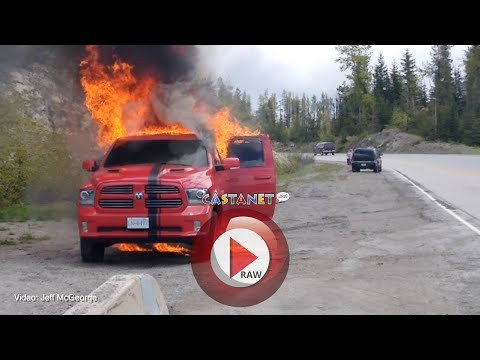 Truck burns at side of hwy

Passing motorist Jeff McGeorge says he came upon the fire at about 3 p.m. near Nancy Greene Provincial Park.

The driver had managed to escape the vehicle safely and was trying to retrieve his belongings.

‘“He was jumping in and out of the truck as we pulled up,” McGeorge said, adding another passing motorist gave the driver a ride back towards Nelson.

As the area is outside of fire coverage, McGeorge says the truck was likely completely destroyed by the fire, “there would have been nothing left.”

McGeorge said the driver told him the fire originated in the bed of the truck. It’s possible a chainsaw being carried in the back had leaked gas onto the truck’s exhaust before igniting.

Pickup Crashes Through Wall Of Beauty Salon In Gary, Indiana –...