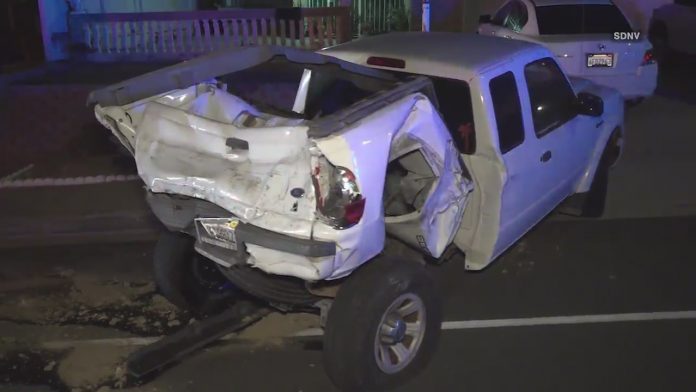 The crash in the 7400 block of Goode Street was reported around 3:45 a.m., according to San Diego Fire-Rescue Department.

The driver, who told police he had fallen asleep, rear-ended a pickup truck which was then pushed into the back of a minivan, San Diego News Video reported. The driver was not hurt.